There were four project groups and each was tasked with inventing and prototyping a Playable City concept for Recife. Here’s a quick run down of their ideas:

Aquatic Pathways explored how the waterways of Recife could be used for transport, as the roads are very congested. The project used Google Maps to ask audiences to select spots in the city where pick up points might be useful, as well as creating interactive lighting on the beautifully painted skiffs (boats) to make them more visible and more playable.
By H.D. Mabuse, Tine Bech, Germana Uchôa, Isabelle Croissant and David Haylock 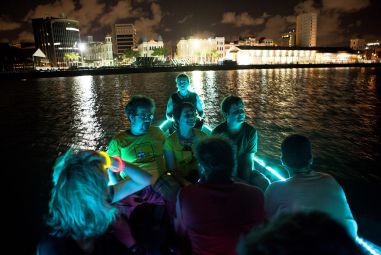 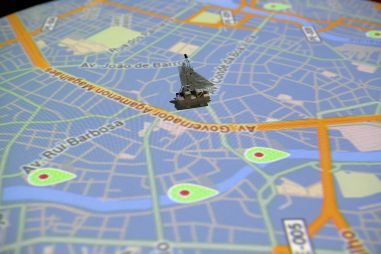 Press Play / Toca Aí was designed to create connections between people and music, through objects installed on city walls that triggered sound as people touched them, whilst Telescope for a Beautiful City wrapped stories into a kaleidoscope, triggering audio as it was picked up, which complemented the reflections in the view finder.
By Filipe Calegario, Natasha Chubbuck, Thaís Vidal and Laura Kriefman 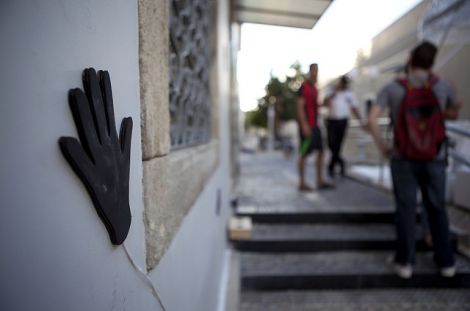 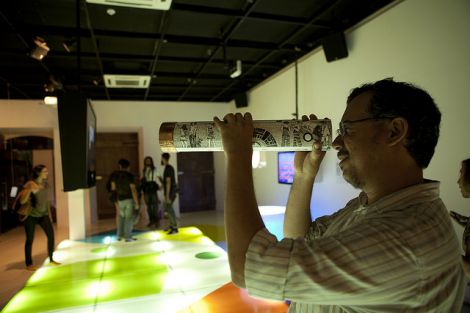 Fortune Fictions took place in Recife’s bus stops. Whilst waiting for buses, commuters were invited to press a playful button, triggering their fortune to be told. These fortunes reflected Recife’s open data such as traffic density, weather and pollution levels, connecting citizens with the condition of their city, whilst creating a magical moment in their day.
By Andrew Sleigh, Camila Bandeira, George Lovett, Eduardo Oliveira and Fábio Florencio 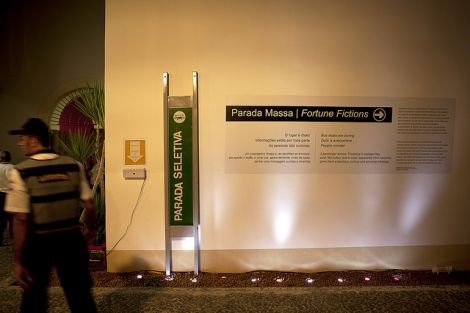 Finally the Woman in the Wall took the form of a guided theatre experience, in which audiences ‘walked in the skin’ of a woman, who was allegedly bricked into a wall by her father, for falling pregnant out of wedlock. Featuring performance, phone messages, physical clues and more, this theatrical tour of Recife’s Rua do Apolo, was a truly enchanting experience, provoking participants to consider Recife's past, present and future.
By Leo Falcão, Rosie Poebright, Katherine Jewkes, Phill Tew and Daniel da Hora 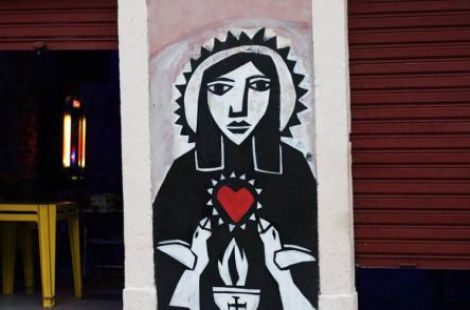 Image of graffiti in Recife by artist Derlon © Katherine Jewkes 2014