I live in the heart of Cardiff city centre, above a shoe shop, in between a coffee chain and a shopping centre. I love living here. I love being at the centre of the action, and am amazed that it’s only a short 5 minute walk to the park where I can find a green space to sit and read, to go for a nice walk. The park is a place that affords and encourages play. The park closes each day at sunset.

This week someone said to me that perhaps the idea of green space should be a metaphor for a safe space where people can go to play, and we heard about schemes like playing out where parents are reclaiming the streets for their children to play in.

I think there’s something interesting in the idea that a playable city is one that finds these new types of green spaces, creating within them playful interventions for the public to enjoy. A city that responds and encourages its citizens to play, either through obvious interventions, or more subtle signposting to playful opportunities.

A disturbing modern equivalent of the NO BALL GAMES sign could have been the ‘Injunctions to Prevent Nuisance and Annoyance’ (IPNAS), which was an ‘Antisocial Behaviour, Crime and Policing’ Bill which was voted out of the House of Lords this week, but if it had passed would have permitted injunctions against anyone aged 10 or older who “has engaged or threatens to engage in conduct capable of causing nuisance or annoyance to any person”. (You can read more about it here)

I wonder then, if now isn’t the most crucial of times to be thinking about what it means to live in a Playable City.

I think we have an opportunity this week to create games, interactions and play that allows participants to experience what it means to be rethinking and reshaping their city as a green space (or a safe place for play). To be reconnecting the public and the process by which the design of city spaces are made. To develop new ways to interact and inhabit our cities and provide new lenses through which to see and experience the spaces we live in.

On Saturday we spent time talking and playing with strangers in and around watershed. I was interested in how open they were to these tiny moments of play.

Here are some photos from when we asked people to write on a balloon what they loved most about Bristol:

We had a lot of fun watching people respond to a simple invitation to stand only on the stickers as they crossed a bridge.

Playing these games reminded me that these green spaces no longer had to be large expanses of park land (which might be locked at sunset, or ban ball games) but could be as small and subtle as a sticker on the pavement; Tiny interventions that bring fun new ways to interact with a city that is playable.

I absolutely love the idea of playable cities and was luck enough to stumble across sandpit and ig fest a few years ago. What I really love about playable cities is the element of fun it brings back into your day even if it is as simple as jumping from sticker to sticker. What I am also impressed by is how willing people are to play, sometimes it is as if the person has been wondering around waiting for some one to say it is OK you can play.

This brings me on to IPNAS so as I said for a good few years now I have felt it is OK to play and sort of just got on with it. I guess to some people what I was doing could be seen as an annoyance or that I was being a nuisance but to me it was just a bit of fun, definitely more fun that shopping. I would even go as far as to say I find shopping annoying so maybe I could use IPNAS against shoppers. Either way right now it doesn't matter as the IPNA was defeated by the house of Lords so I think every one should take to the city streets and play before somebody says that you can't because it's annoying.

The No Ball Game sign doesn't say no games, so maybe head back home and skip, jump or have a full blown water fight I will leave that decision up to you. 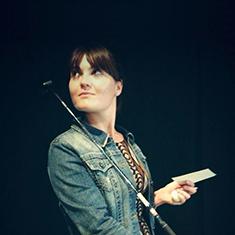