The Woman in the Wall

Recife is full of Stories. Walking around the city with any of the locals and you're absorbed by them, attracted to their charm and their sense of place. 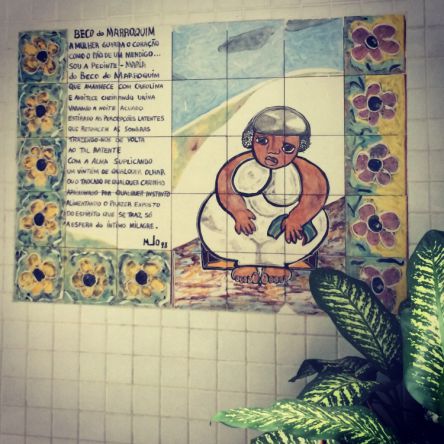 Most of the stories are located in a place within the city, for example there's this plaque (pictured above) which tells the story of an old beggar woman who died recently, they say that she was secretly rich but came to the market to beg so that she could enjoy the company of others. You find the plaque by walking down a small gap between two buildings, which during the week is used as an alley which sells amazing handwoven fabric and carpets. The locals call this the Moroccan alley because of the colours and the incense which is used in the area. 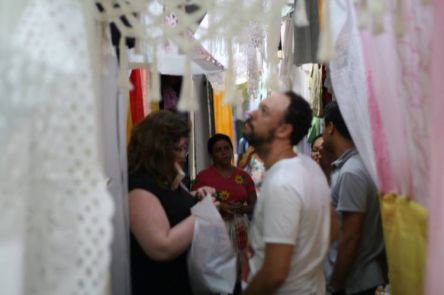 Buying fabric in the Moroccan Alley

Then there's the Blue Poet, who died young in a car crash. He trained as a lawyer, and worked as a journalist at the local paper, but in his spare time he would sit in the park and write poems full of colour and love. There's a statue of him there now, which i've popped below.. 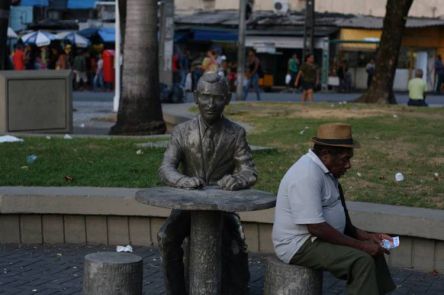 The statue of the Blue Poet

Our Playable city project this week is looking at how we can unlock these stories from within the city, finding ways for people living in, or visiting Recife to discover more about the stories that they're surrounded by. We've been creating a one on one experience which places participants into the role of the central character of the story that they're experiencing. For the r&d we're looking at just one of the stories, which we're calling The Woman in the Wall. 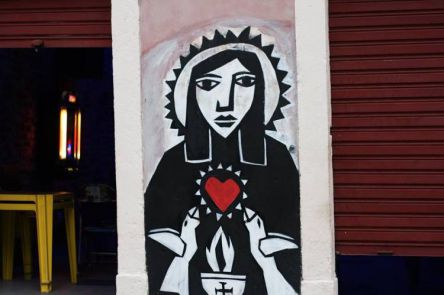 The Woman in the Wall

The Woman in the Wall is a story drawn from a 150 year old legend of a young girl who was walled up by her family for falling pregnant outside of marriage. There is a particular wall that we visited, that some locals say whispers to them when they pass it, they say that this is the condemned girl trying to find information and help from people on the outside.

Our experience places audiences in her shoes, giving them the opportunity to change her story, and even help her to escape. I think that it feels like this story is very relevant in todays Brazillian society, with Abortion an illegal act, and pregnancy out of wedlock often frowned upon.

I've spent the last few days scouting locations for the experience, and was thrilled when we found this empty space with a woman on the wall outside that we can use as the start location for the game, I'm off now to look around an old deserted doctors surgery, so fingers crossed we can use that within the experience too... More soon!

Do you know the location of "The women in the wall" in Recife? is it still there!?