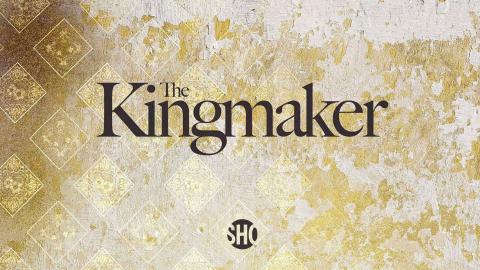 One of the UK’s most versatile composers, the hugely talented Jocelyn Pook’s (The Wife, Eyes Wide Shut) most recent score provides the soundscape to Lauren Greenfield’s jaw-dropping new documentary about the controversial former First Lady of the Philippines.

Imelda Marcos is someone with an incredible, almost indestructible, sense of entitlement. From a sensational shoe shopping habit and other excesses so notorious they led to the spawning of an adjective, “Imeldific”, during her equally kleptocratic husband Ferdinand’s 21-year presidential term, she bought up shops, skyscrapers and generally delighted in spending as much money as possible in a series of increasingly absurd scenarios. Yet despite their breathtaking corruption and the vile brutality of her husband’s regime, which saw him place the country under martial law and dole out torture, Imelda hopes to become the country’s matriarch once more as her son, Bongbong, makes a bid for the vice-presidency.

With its undulating strings, Jocelyn Pook’s elegant orchestral score feels like the perfect match for this acute study of the psychology of power. A score that later turns sinister as this fascinating insight, not only into the history of the Philippines, reveals an enraging portrait of entitlement, opulence and corruption.

FILM SC♀RES – Celebrating Female Composers Season
Sun 5 - Sun 26 April As part of Filmic20 join us throughout April as we proudly present a season of films scored by some of the world's most outstanding female composers.  Find out more
Filmic20 Sun 1 March - Sun 26 April Bristol’s annual film-meets-music celebration returns exploring the creative connections across film and music.  Find out more
Manchester by the Sea Film
Sun 19 April 12:00 Canadian composer and multi-instrumentalist Lesley Barber's beautifully sombre score provides the perfect accompaniment to Kenneth Lonergan’s emotional and critically acclaimed drama about a reclusive handyman forced to face his painful past.  Find out more