skip to main content
Found in: This week Calendar 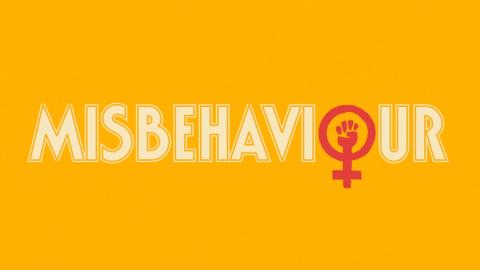 BAFTA-winning director Philippa Lowthorpe (Swallows and Amazons, Three Girls, The Crown) returns with a comedy-drama about a group of women who hatched a plan to disrupt the 1970 Miss World beauty competition in London.

At a time when the Miss World competition was the most-watched TV show on the planet, the 1970 edition was one to go down in history thanks to the newly-formed Women's Liberation Movement. Claiming that beauty competitions demeaned women, they achieved overnight fame by invading the stage and disrupting the live broadcast. Not only that, when the show resumed, the result caused uproar: the winner was not the Swedish favourite but Miss Grenada, the first Black women to be crowned Miss World (and Miss South Africa was the runner up). In a matter of hours, the world had witnessed the patriarchy driven from the stage (comedian and host Bob Hope was pelted with flour bombs) and the Western ideal of beauty turned on its head.

With a stellar cast including Keira Knightley, Gugu Mbatha-Raw, Jessie Buckley and Keeley Hawes to name a few, the film celebrates what was not only a galvanising moment for the women’s liberation movement, but for inclusion and racial relations.

Join us after the Sun 15 March 14:30 screening for a Q&A with director Philippa Lowthorpe.

Feminista Film Festival Shorts Film
Sun 8 March 16:30 Celebrate International Women's Day with this brilliant line up of short films from Feminista Film Festival telling the some of the most inspiring stories about women and girls from around the world.  Find out more Be Natural: The Untold Story of Alice Guy-Blaché Film
Sat 7 - Sun 8 March This timely documentary, narrated by Jodie Foster, recalls the extraordinary life of pioneering female director Alice Guy-Blaché.  Find out more Relaxed Screening: Misbehaviour Film
Sat 14 March 12:30 Join us for a relaxed screening of Misbehaviour. These screenings are designed to benefit our customers with additional needs (such as people living with dementia, autism, or other neuro-diverse people and their personal assistants, friends and family) or anyone who wants to enjoy a film in a more relaxed environment.  Find out more Preview: Radioactive + Satellite Q&A Film
Sun 8 March 13:30 From the 1870s to the modern era, Radioactive is a journey through Marie Curie's enduring legacies - her passionate relationships, scientific breakthroughs, and the consequences that followed for her and for the world.  Find out more