In the lead up to International Women’s Day we are celebrating some of our female residents who are changing narratives and building platforms, whilst being part of the world of creative technology. This is Victoria…

Why did you create Baby BSL ?
We wanted to bring up my son bilingually, and we had heard that a bilingual child learns to speak later than a single-language child. We had also been told that sign language helps children to communicate earlier, which means they are often less frustrated. So we tried baby sign and it worked really well. I honestly can't understand why everyone doesn’t do it!

But we found we weren’t able to learn the languages we wanted to learn easily. First we tried Makaton, but we found the products too expensive and difficult to get hold of. Then we tried British Sign Language (BSL), but there weren’t enough resources available, for example, there are very few videos online. We ended up using American Sign Language (ASL) as it was the only one we could Google videos for.  I found it a shame that I couldn't access the languages used in the UK or at nursery so I decided to design something that did.

What is your experience of being a woman in the world of creative technology?
The area I struggle with most is investment funding. However much people profess that they support woman in tech, it is much more difficult for women to get funding than for men. In my experience the funders lead us down the garden path, giving us interviews and opportunities but don’t actually seal the deal. For this reason, I think that positive discrimination towards women within the industry is important until there is an even keel. Women need to be inspired by seeing other women doing the things they aspire to also. 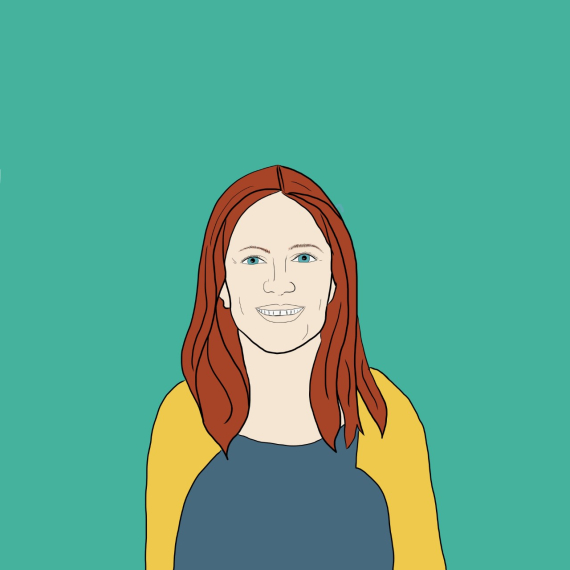 How does your project help to give people a voice or a platform?
Baby BSL gives children a voice. If parents can communicate with their children before they are able to speak, that's amazing and will make a real difference to parent's lives. You wait until you have a screaming child in front of you and don't know what they want!

The game changer was when I was walking with my little boy in his buggy and he suddenly did the sign for ‘Where are the birds?’ and I was like ‘Okay... Good question. Where are they? Let’s find them.’

His buggy was facing me and as I was pushing him, he was looking up past me into the sky whist I was looking into the road. His perspective was completely different to mine and it had never occured to me to see the world as he saw it. Him saying ‘Where are the birds?’ was key, I would never have known that insight into what was going on in his mind at the age of 1 if it weren’t for sign language. That's massive.

How is your work a rebellious act?
I make books that are interactive and merge technology to allow reading to be more compatible with modern lives. The publishing industry hasn't solved the riddle of how to make that scalable, and I'm looking at that too. For a smaller publisher to make this work is not technically ‘rebellion’ but it’s doing things that aren't part of the status quo.