In the lead up to International Women’s Day we are celebrating some of our female residents who are changing narratives and building platforms, whilst being part of the world of creative technology. This is Lisa Harewood.

The Barrel Stories Project is giving a voice to parents, children and caregivers affected by separation due to migration.

Why did you create Barrel Stories?

"There’s a very common story amongst Caribbean migrants; many of them leave children behind in the care of grandparents or people in the community to find a nice place overseas before they bring their children over. Sometimes the separation lasts for years and years.

They might Skype or phone... but in between that the parents often send these blue or brown shipping barrels filled with stuff like cereal and treats, shoes and books, and things to help support them. These children are called 'Barrel Children'. Being raised from a distance, with these barrels being the only thing going between the parent and the child.

So many people started coming to me from countries all over the world saying, ‘this is my story’. Rather than re-telling these stories that had been told to me, I wanted to capture them firsthand. So people would make an appointment with me and I would travel to people’s homes, and we would just sit and we would talk and I would hear their stories."

What is your experience of being a woman in the world of filmmaking and creative technology?

"I’m from Barbados and, interestingly enough, I didn’t encounter inequality or struggle as a woman in video production and filmmaking; people often make the assumption that the same inequality happens here. The film industry in Barbados is quite young, I would say it’s 15 years old. When I started out all the other Producers were women and all the other Directors were women. I’m used to being in charge of an all male crew - I’ve never been disrespected by anybody in that way.

This is an interesting question for me because it doesn’t play out in the same way in Barbados - there are women in very powerful positions. Particularly in that arena, the people running the show are women. What's good about growing up there is that you don’t think twice about doing stuff on the basis that you’re female, you just don’t think, ‘oh, I can’t do that’." 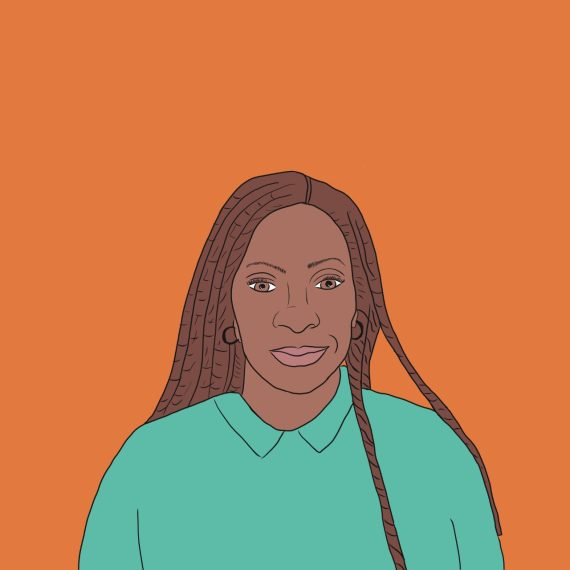 "I have always kept participation as a part of it, I never want to be extractive. The purpose is also not just about me making a body of work, I want people to talk to each other about the things that they’ve been through because there is no community around this issue and so many people have the exact same childhood experience.

After hearing the most terrible story, I sat at this woman’s kitchen table and said, ‘I feel really bad because I’m just going to go and put this online now. I feel like I should give you something’, and she said, ‘you have given me something. You’ve listened to me. I was able to tell you and I feel like you understood and that is an amazing gift.’"

"I think Carribean stories aren’t often at the centre of anything. Not even at the centre of Caribbean life because we are flooded with images and stories from the US. And there is something really powerful about documenting who we actually are and what we have achieved - but not in the distant past, but documenting the strength, resilience, and ingenuity we possess from the stories that are happening right now.