We are celebrating some of our female residents who are changing narratives and building platforms, with creative technology. This is Jazz...

Jazz Thompson is an illustrator and artist from Bristol.

Why did you become an artist?

I became an artist as soon as i finished uni. It was always something i wanted to do and i was lucky that i had a family that appreciated that thats what i was best at. It was never a decision making process i just knew.

Since i graduated i have been working as a freelancer and i've been so lucky to do such a wide range of projects and comissions like the murals.

Why did you create that mural with all of the protestors that was in a gallery space?

That was comissioned by RSC and it was to go in one of their main gallery spaces in stratford upon avon. They had Romeo and Juliet on in the space but they wanted someone to create something that would appeal to a younger audience.

I wanted to do something that meant people got to express their thoughts and feeling and beliefs.  I wanted my work to be a platform for all these different voices and i wanted something that would engage young people and give them an opportunity to say what they’re thinking because you can feel like you have a bit of tape over your mouth, like your story doesn’t matter.

I wanted to make it open though, so anyone could relate. The mural was a story of love and revolution. I was looking at the love part of romeo and juliet but also the revolution in the story. I looked at activism around love throughout history and the people who have changed the way we love. Where are we now? What was love like back then? What movements have happened since then that have opened up love and the way we love each other?

And in Verona there’s a wall, ‘Juliet’s wall’, where people write their own messages of love and stick them up. So i drew one and thousands of people stuck up messages and responded to this - this was way more than i thought and so many messages really touched my heart. 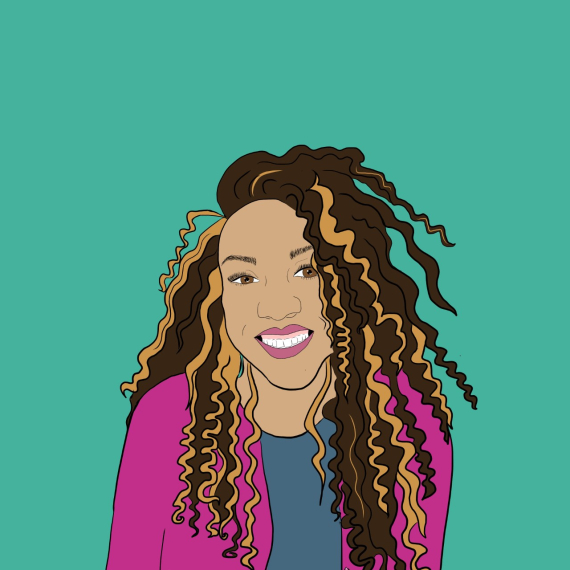 How does your work provide a platform or give a voice to people?

My work involves interviewing and talking to people when i’m creating work around a theme - so a lot of my work is about telling stories. I include text in my artwork as well as illustration to make it more powerful and stand out - I want to include something that forces you to reconsider or think about how you view the theme. Reconsider how they think about love.

There is something about exposing other people’s stories and experiences that is really powerful. I want my work to be a platform for that.

I like to talk about stuff that people often dodge away from. I think it’s rebellious because it is usually personal, and sometimes political. I talk about current issues and problems with society.

I felt like the RSC mural was disruptive because of the space it was in. It was so social, cultural and political and it was such a huge arts space so i was really nervous about it. But i had such good feedback. Space is so important; If you create something in a space where everyone feels the same way, it is not rebellious.