We are celebrating some of our female residents who are changing narratives and building platforms, with creative technology. This is Hazel...

We Sing In Fire And Blood

We Sing In Fire And Blood is a virtual reality 'opera' exploring how we survive extreme violence. It is a unique and powerful VR piece based on a true story.

Why did you create “We sing in Fire & Blood?”

I had been looking for employment for ages and i couldn’t get a job. I came back to the studio and was like ‘oh god what am i going to do’ and that was when i came upon the idea of doing my own project. Not working for anyone else but doing my own thing.

When i had a think about what i could do i realised i did have a big story to tell. I decided to tell the story of my attack and the community response to it.

What is your experience of being a woman in the world of creative technology and VR?

I have been in environments where i am the only woman who has that experience as a creative director, and under the surface i noticed they were terribly, institutionally, sexist.

I have avoided going for jobs in places like this to protect myself. Being here at the studio there is a real egalitarian atmosphere, in fact it’s the women that are in charge. But i find that the women are in this mothering role too, which is the producers role; they are the organisers and planners.

As a woman, if you’re taking on something like a new kind of technology, it’s risky because you kind of feel like you’re supposed to know even more than anyone else because you don’t want to be caught with your pants down going ‘oh guys i don’t know about this’. So i’ve just ploughed through that by working with people who know what they’re doing and who tend to favour females. I’m still wanting to show by example. 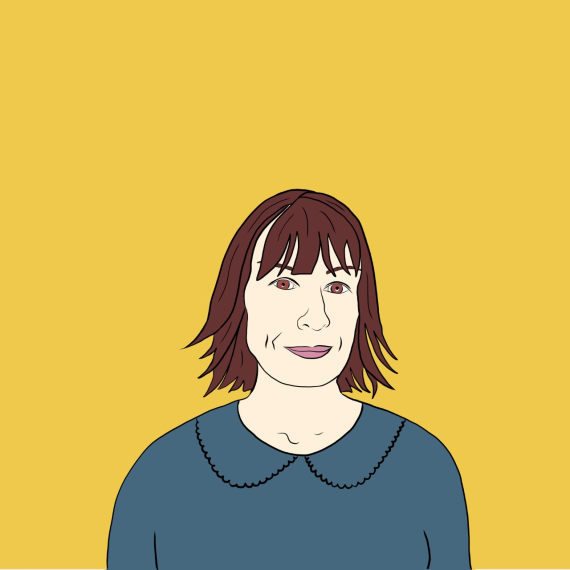 This particular project is literally about voice. It’s about singing and telling a story about something that needs to be told, and something that’s difficult to tell.

And it’s also about people doing good things and helping each other, which is not often ‘cool’ to cover. It’s about giving voice to people like me who were survivors of extreme violence and sexual violence. What it does, hopefully, is leave people thinking ‘i can talk about something that happened to me’ and maybe they will just talk about it and a conversation will start.

It’s entire reason for being is about starting a conversation.

I’ve never really thought of myself as an artist. So doing something that is a piece of art is rebellious in that i’m never trying to serve an ‘art crowd’. It might make life difficult for myself but i always think about ‘no. this should be for anyone.’ it should be as broad as possible. So it’s rebellious in that sense, because it works for anyone from any kind of background which art can find difficult.

But as well as that: actually telling this particular story is about putting two fingers up at anyone who says you can’t come back from something like that.

What i’m doing is waiving my anonymity. When you are a victim of sexual violence it should be that you keep your anonymity and 8 years later i am talking about this so it’s rebellious, risky, dangerous, and scary just to waive my anonymity.