We are celebrating some of our female residents who are changing narratives and building platforms, with creative technology. This is Ella & Nicki...

A collaboration with scientists, architects, and the artists' local community to design and plan the build of a functional Martian house.

The duo are in year 4 of a ten year series of works which will create a project each year about Space, Earth and the future. This multidisciplinary work so far has ranged from a series of weather balloon launches to film the Earth from 100,000 feet to their current work; building a house that models itself on what would be needed to live on Mars.

Why did you create A Decade on Mars?

In 2013 we heard on the radio in the car that there was an open application call where anyone could apply to be the first people on Mars. The different thing about it is that you wouldn’t come back.

We kept talking about it and how weird it is. We thought ‘Who are these people?’ and then we thought we might try and meet them. It felt completely crazy thinking that people would be on Mars in a decade’s time and we also wondered if in 10 years it would still feel crazy or if it would have already happened and be a normal thought; so we thought it would be interesting to make work right across that time.

A handful met us. They were quite different. A couple were students doing space/science related subjects but then there was a woman who worked for a passport office who was in her late 30’s, another woman who worked in a secondary school in the science labs who was great at talking about science, and there was a trans woman in her 50’s from Hull who, at the time, was a taxi driver. She wanted apply because she promotes trans rights and visibility and the big driver for her was if the first person on Mars could be a trans woman. Imagining that was just amazing.

What is your experience of being a woman throughout this project or in the STEM industry?

I guess for us, it doesn’t matter that we’re women. We didn’t study science or engineering but we have a positivity and an interest, and a lot of this work is about following that. We learned how to film near-space by watching YouTube and working it out for ourselves. In a weird way i’ve never even thought ‘i’m a woman doing this thing about space’. Maybe some people look from the outside and they think ‘Wow it’s a woman building this house’ but we feel that we’re in the place to facilitate it even if we don’t have all the skills. That’s what it’s about really - accessibility to this conversation. We don’t have the science background but we are interested in how we can include other people whether that’s school children or people without a degree. 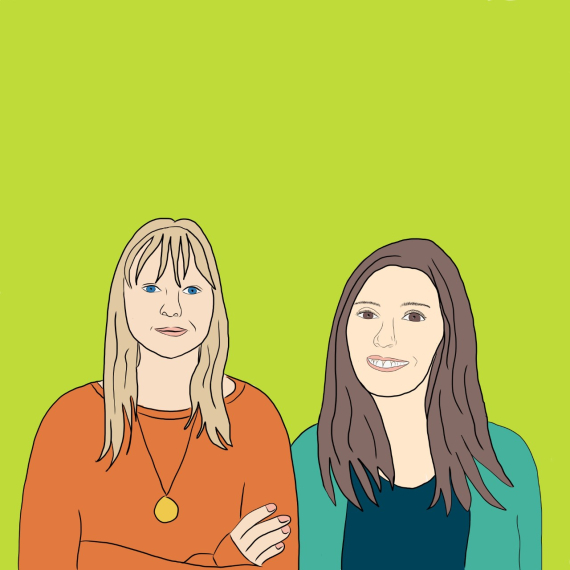 How does your project give people a voice or a platform?

With building this martian house we have just walked around telling people we’re going to build this and amazingly we have managed to meet people like Lucy who is a spacecraft systems engineer and some architects who built the British-Antarctic research station; and they’re excited by this project and i think what excites them most is the way this project opens up these conversations to the public.

We have been working on this project for a long time. There might be some people working in other fields looking at a similar thing but it is only a study. The rebellious thing is that we are actually going to build it.

We may not be able to answer every question, for example we may not know what material can be transferred to mars but we are working it out. A version of this is going to happen on Mars at some point. It is going to happen. So committing to what is actually possible and what can be achieved is a really important point and it’s what makes us rebellious.

Life on Mars might be less Star Trek than you'd imagine. Could it show us a slower paced life with a different focus? What will people on Mars do all day? What do people on Earth do all day?