IGLAB is back! After a few years on pause, the Studio's infamous and much loved 'Interesting Games Lab' returned with a vengeance on 25 July 2017.

The Interesting Games Lab IGLAB is a place to test and play new games. especially games that are played in the real world rather than via a console or screen, that are social, fun, and possibly absurd.

IGLAB offers a place to play, test and develop real world and social games. The first of a brand new series of six IGLABs kicked off on 25 July, 2017.

Simon Johnson and Sam Howey Nunn from Free Ice Cream share how it all went:

IGLAB #01 happened!  We had an incredible turnout of almost 50 people, and so many helpers turned up to help set up the games that we barely had enough for them to do.

A quick round of I Am The Weather warmed everyone up before a mass decampment to the old town for Give Us A Smile, Love, made by Rosie Poebright (Splash & Ripple). This game responded to our 'Whose Rules: A Feminist Approach to Play' theme, addressing catcalling and general street intimidation by giving those usually at the receiving end the chance to turn the tables. Loosely inspired by Naomi Alderman's excellent novel 'The Power', Rosie tested the limits of people's willingness to be vulnerable (or to take advantage of the vulnerable), and those who wanted to opt out played a round of Grasshoppers (Greg Trefry), a simple chalk-and-street-furniture game. 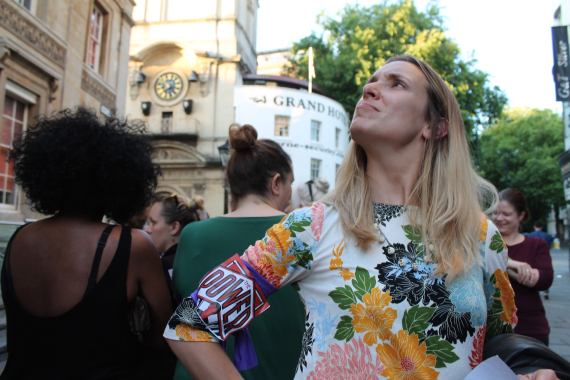 Then it was onto Sneaks & Blaggers - the old IGLAB favourite where sneaks collect tokens hidden around town while trying to avoid being caught by the dreaded blaggers.  As a way to get to know the hidden nooks and crannies of the city, it loosely falls under the theme of 'What Lies Beneath: What games tell us about the rules of the city' (But we know you can do better: submit your game idea here) 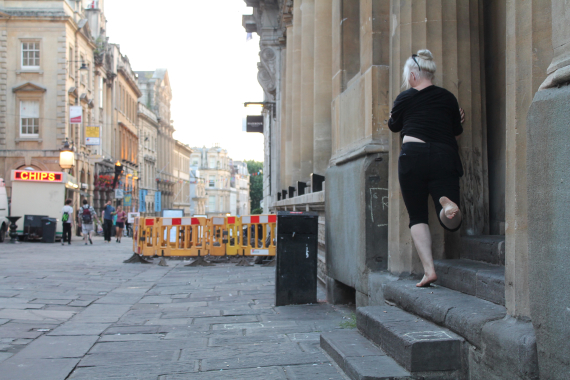 As the sun went down we all returned to the Studio to get drinks from the Watershed bar and to try out Nano Go! (A FIC game in development that gets you racing a nano-scale car) Real Rampage & Sushi Hands.

Oh. And Simon rigged a rope swing from the studio rafters.  A little taster of what we'll be up to in September (28th. Mark your dance cards) 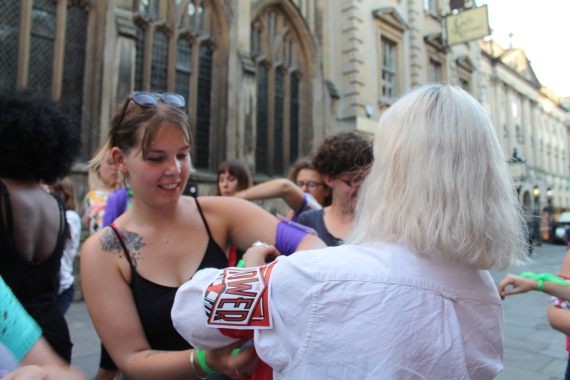 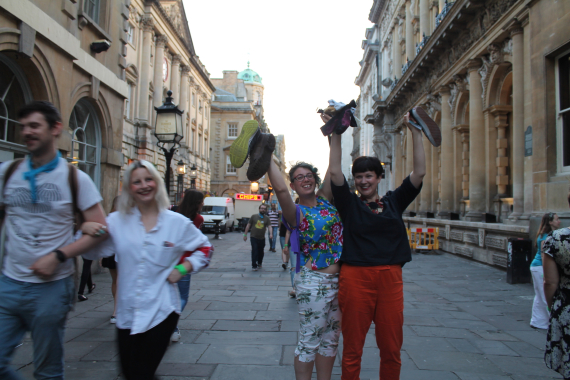 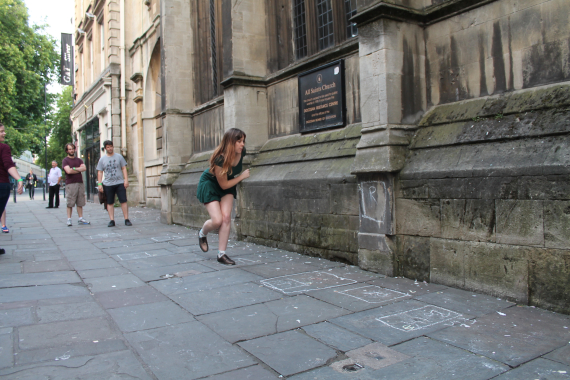 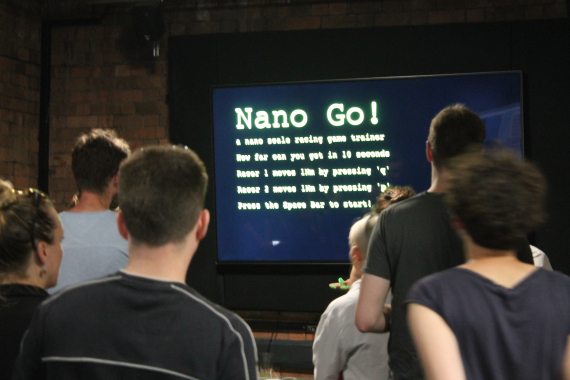 With IGLAB we’re strengthening the community of designers and audience interested in games beyond the screen, and this is the place for new and never-before games designers to cut their teeth.  If you want to try your hand at a game, we want to hear from you- the idea is not to bring a perfect game, but a first attempt at something that can be tested and built upon. Talk to us here if you're interested.

Tickets for IGLAB #02 will go on sale on our events page very soon. Join the IGLAB mailing list to be the first to know.

Free Ice Cream have re-launched IGLAB in order to give designers and audiences a place to test, play and develop new real-world games.