We are celebrating some of our female residents who are changing narratives and building platforms, with creative technology. This is Tessa...

A whole new creative medium is emerging, and Limina is on a mission to bring it to broad, diverse audiences.Through our unique curation style and pop up VR theatre format we frame creative VR experiences as something for the…

Why did you create The Othvrs ?

We create open, collaborative workshops that are accessible. The idea of the workshop is when people come to it if they are inspired by the technology then you can approach us and become one of us, one of The Othvrs and you pitch it and we can help you apply for funding. It’s just about making people feel like VR is for them as much as it is for anyone else.

In VR you get a lot of work that is on more challenging subjects or people who haven't experienced a privileged life and i think there’s a big disparity between who is making the content and who it is about and i would like to push for anyone to be able to make content about their own experience and not have to have it told through the tech industry for them.

At the moment the first stage is just a lot of workshops.

VR is such a powerful, emotional tool and lot’s of people want to make it because its very ‘hip’ at the moment but when i’m looking at what’s being made i’m only seeing a very small group of people feeling empowered to make that work.

What is your experience of working in the world of VR ?

It’s not a massively hostile environment. The thing i always make clear at these workshops  and that i find really empowering is that loads of companies are making this world with loads of budgets and it could potentially be crap whilst someone is making content for next to nothing and it can stand up against that work. 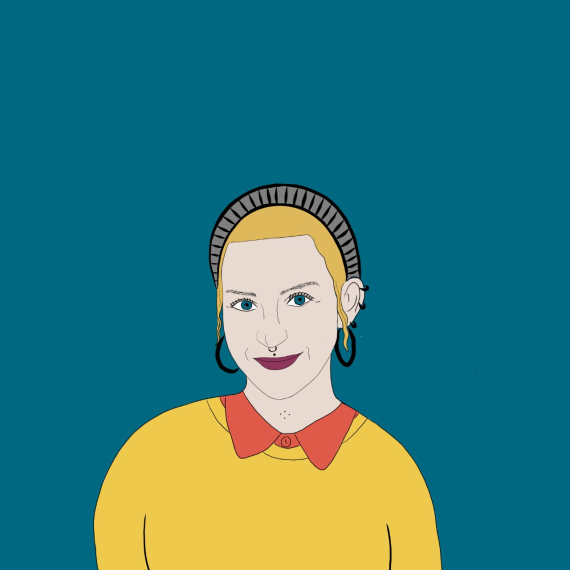 How does your project help people voice platform?

I am particularly interested in reaching out to LGBTQ+ groups, makers, and artists. People of colour are specifically underrepresented in the industry and that is a way i would like to facilitate change.

That is why i want to run workshops where was is forefronted is the collaborative nature and the accessibility in terms of how easy it is to use the tech, and the ad-hoc approach where we show that we are a bit rough and ready so that it is not a big sleek company but instead it is something where you can explore and practise and make mistakes.

I think that VR by its nature is a super rebellious medium.

Once your audience are in the headset the audience are going to look wherever they want and you can’t direct them the same way you can with film. Inherently, that means VR is quite a radical medium.

People say it is an empathy machine, and i am dubious of that but it does allow you to see the world from a perspective that is not yours and can help you understand how much of your life is coloured by who you are.