We are celebrating some of our female residents who are changing narratives and building platforms, with creative technology. This is Lily....

Why did you create No Bindings?

I had lots of ideas in my head and I wanted them to be things in my hands. I was looking for a way to experiment with those ideas around making books in different ways or making sound pieces that relate to those books.

I wanted something to represent that... so initially i was like ‘Oh i will just make books without string and they’ll just be loose pieces of paper and i will call it No Bindings’... but that didn’t really work because you need something to hold it together. (laughs)

But it had come to mean much more than that, it was about not being locked in by what I could be and what I could do. It was more about seeing what things like audio can achieve beyond the boundaries of the pages.

And then 'Radiobook' was a term I was playing around with for a while. The thing about radio is there’s this really nice feeling that everyone is listening to the same thing as you. So you’ve got this group of people listening together and this is what i felt like I was doing every time I made a project. So then when I was thinking of names with Huza Press and Kwani, i was like ‘I KNOW what to call it’.

What is your experience of working in the world of creative technology?

This space in particular is ready for trying things out. Where i’ve worked with conductive ink before and done workshops, it has been an interesting process where i’m learning more and more about bringing interactive live experience to communicate what i’m publishing.

At launch events when there’s creative technology there’s a moment where it clicks for people and they get absorbed in this world. There's times where i have print objects but then you’re surrounded by sound that's triggered by touching them.

I was quite keen to work bilingually and this was definitely a challenge. At first we were going to create seperate books but i though, actually if we are going to create something truly Rwandan then we should have the language inherent to the structure of the books which is why we have 2 books sewn into 1 jacket. 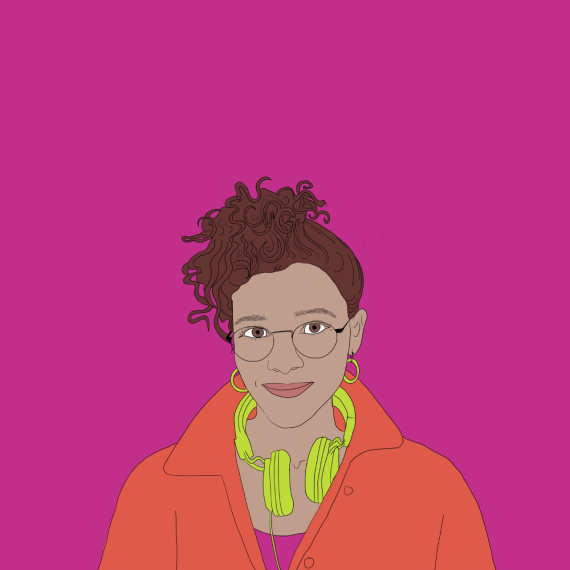 How does Radiobook Rwanda help to give people a platform or voice?

We are working with emerging writers. All of the writers are under 35 and bringing them together from 3 different countries and platforming their stories is what it’s about.

And then, there’s what you can do with that. We could expand on the themes through the audio element; with ‘Resistance’ one of the pocket books, Eloise recorded an interview with a woman who was the chief of her village after the Rwandan genocide about all of the stuff that she went through like her husband being killed in front of her and the fact that she wa so respected as a leader that she had to deal with like returning people who had committing atrocities and managing those people.

What came through from Lucky Grace, who works at Huza Press, was that when she listens to these worlds, reads the stories, and looks at the pictures she feels 'like i’m experiencing a very real version of Rwanda not just one version of the story that the rest of the world clings onto about our country.' That, for me, is so important that you can make someone feel represented in that way.

It’s quite a funny question because i’ve always been a good girl. I’ve never had a detention! A part of me freaks out at doing something rebellious. But also I’ve always done things a little bit differently. And with No Bindings creating my own structure is rebellious against the publishing industry.

Something i am particularly rebellious against is the unhealthy ingrained culture in the creative sector. I think it’s full of amazing women who work too hard and are controlled by men. And too many trying to be superwomen. That’s what i want to rebel against.