We are celebrating some of our female residents who are changing narratives and building platforms, with creative technology. This is Rebeca...

This fair tipping app is a way to easily tip without cash and make sure that the right people actually receive the money.

TipTap is a mobile and web application that allows customers to reward good service in a transparent, secure, cashless payment directly to a worker. This will ensure that workers receive 100% of tips intended for them and customers are in control of who they tip.

Why did you create TipTap?

I created it out of frustration more than anything. Everytime I go out to eat, or even if I have a coffee, I always tip. Increasingly. I was finding that I didn’t have cash on me and also that it isn’t simple to leave a non-cash tip. Some places couln’t take a credit card tip and in one scenario I was even told ‘oh don’t leave a tip because I won’t recieve it anyway’

It’s not straightforward. And i was asking myself 'Why is it so complex?' and I just thought there has to be a simpler way. And so that idea became TipTap: a transparent transaction between the customer and employee. I wanted to take out the employer so that it’s straight from the customer who is saying thanks, to the person doing all the hard work.

What’s your experience so far of working in the world of technology?

Which i could have done but…. Being a mum of 2 at that point, it wasn’t going to work.

So would you say the fact that you’re a mum has affected your experience of this?

Yeah, totally. It's hard. It's really hard. It’s hard juggling everything about being a mum, with starting a business, with creating a service that’s brand new to me and to the people I'm trying to talk to about it. You really need to look deep inside you every day to persevere.

There’s definitely less women working in tech but then surprisingly you can see in the networks there is a lot of younger women coming into tech. It’s down to the advice and guidance you get with start ups and along the way - that’s what i found hard to get. 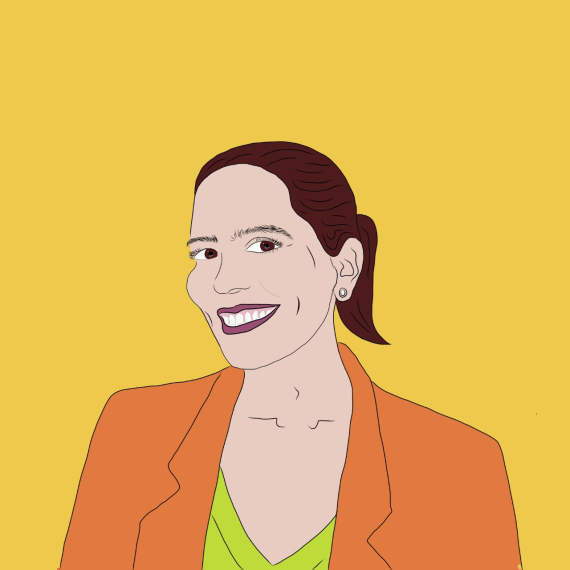 How does tiptap help to give people a voice or a platform?

The main thing for me is about a fair and transparent way for people to reward good service. Tipping is quite ingrained in the way we eat out or go to the hairdresser.

There is though, in general, a lack of transparency. This is what TipTap is hoping to provide for the customers; giving them power and the choice to be able to choose who they want to tip without it just going into the system.

The main thing for me is the employee side; providing a way for these people to get just that extra little bit of cash. The people we tip are often those with a lower salary so this can make all the difference by it going straight into their bank account.

How is your work rebellious?

It is a totally different way of tipping. It goes against the current systems that are practised and by taking out the employer altogether you can connect the customer and the employee which hasn’t been done before.