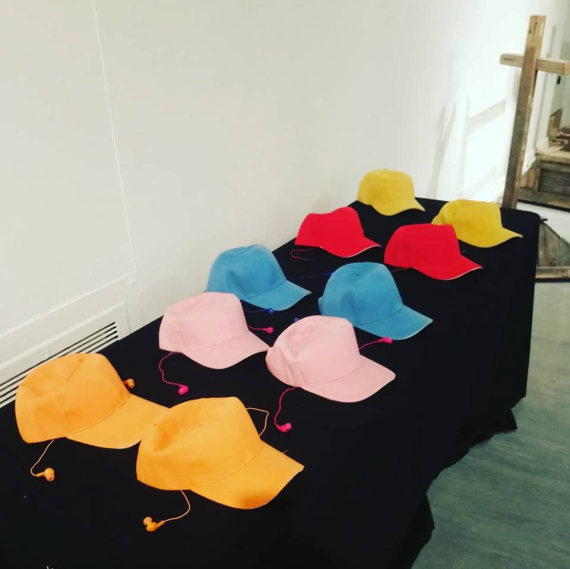 The uptake has been great at each exhibition, its been to Mutek in Montreal and the Barbican and each event which makes me conclude I would like to expand the amount of radio hats I currently have for future exhibitions of this work. Here's the background to it.

Voices define and identity us. How does one retrain their voice to create a perceived “authentic” voice. Frances Dyson wrote “to be listened to or even heard on radio, women have to adopt the persona (from the Greek, meaning through sound) of the ideal male voice.” ‘Vocal Fry’ has in recent years been the subject of much discussion or glottalization as it is also known is a low, staccato vibration during speech, produced by a slow fluttering of the vocal cords using the lowest part of the vocal registers. It can be understood as a reaction to upspeak, where women raise the ends of words, to sound more ‘authoritative’. Australian researchers found women’s frequency have dropped by 23 Hz over five decades since 1950’s to 1990’s, from 229 Hz (roughly an A# below middle C) to 206 Hz (roughly a G#). “Speakers creak differently according to their gender, although whether it is more common in males or females varies among languages. In American English, anecdotal reports suggest that the behaviour is much more common in women. In British English, the pattern is the opposite.” (Marissa Fessenden). But it’s not all about pitch, newsreaders such as Fiona Bruce speak in a lower pitch range between 165Hz to 130Hz, but sounds feminine, because of her warm tone and inflection” (Mills and Stoneham).

Voicing Gender moves through sonic environments of pitch and tone and pace. The artist engaged a voice therapist and the work is made up of her own voice as a series of repetitious pitch changing exercises used in speech therapy. The work is relayed binaurally via radio hats inspired by Victor T. Hoeflich of the Merri-Lei Corporation, NYC in 1949, whose early novelty radios hats had valve AM radio built into pith helmets, available in eight colours “Lipstick Red, Tangerine, Flamingo, Canary Yellow, Chartreuse, Blush Pink, Rose Pink and Tan” (Radio Electronics), targeted at women. Sports team baseball radio hats were popular in the 70s and are now the most gender-neutral hat in the world, the artist has made a series of radio hats reflecting the bright lipstick colours of the early Hoefich radio hats. This uncanny binaural piece, works as digital mimicry, a kind of vocal drag, reflecting on the representations of a gendered voice. To change your voice takes time and repetitive exercises, it has been interesting to try and make myself sound more and less feminine and to hear some of the sounds created from the exercises.

Voices change slowly over time, but pitch and vowel sounds and intonation do not just start sounding like another gender this takes focused voice work, which can take up to two years. Voice damage can occur if one rushes into it. “I am interested in the voice and this follows on from the research I did around female voices on the radio and preverbal speech. This is a work in progress which has its first airing at Mutek and the Barbican. The intention of the work is to create discussion around perceptions of the female voice.”

More photos can be found on my blog 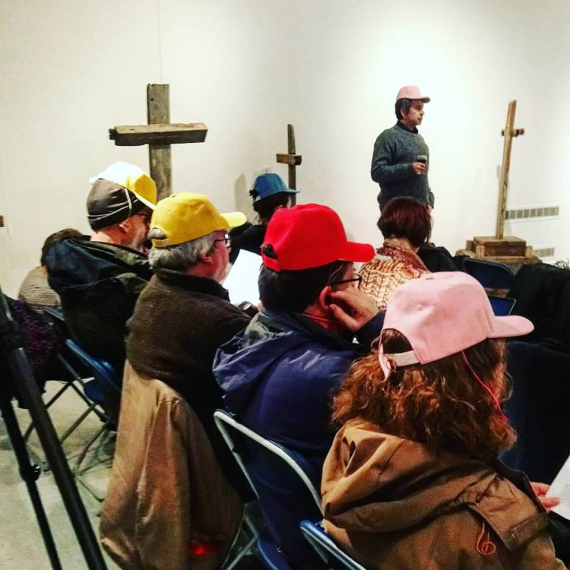