Bringing Back the Factory

What if the Replicator from Star Trek really existed? What if, at the touch of a button, you could have whatever object you desire? Digital fabrication technologies like 3D printing and laser cutting can't do that, but they…

I make things and I study things. I study how people make and use things. And that means looking at the intersections of individuality, mass standards, and new production technologies. I'm interested in the place of the user…

What if the Replicator from Star Trek really existed? What if, at the touch of a button, you could have whatever object you desire? Digital fabrication technologies like 3D printing and laser cutting can't do that, but they do currently offer the opportunity to make one-off and custom goods, without some of the overhead involved in mass-production. Many advocates of digital fabrication are now arguing that it will bring an industrial revolution which will move the production of goods (back) to where those goods are consumed.

1. Most people including myself would be forgiven for considering 3D printing to be a new and emerging technology; it has in fact been around for the last 30 years, used mostly by architects and industrial designers. However increasingly it really does seem like every man and his dog has access to one of these machines, yet ginger isn’t convinced that the 3D printer will become the next television or personal computer. Not every home is going to have one. 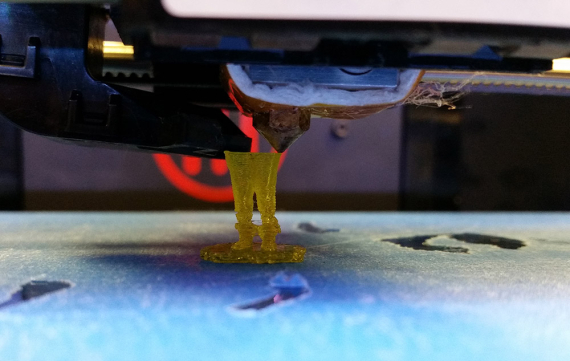 2. Despite the hype around the possibilities of digital fabrication and the prospect of a new industrial revolution, ginger’s stance is an equivocal one. It’s true that 3D printing continues to become better and cheaper, but it’s not without its limitations; one being that you can make anything, as long as it’s plastic. ginger sees more exciting potential in industrial scale digital fabrication as opposed to the Yoda head making hobbyists*.

3. The notion of 'bringing back manufacturing' is problematic to ginger. Why are we so adamant that it’s better to manufacture things closer to where we live? What is the benefit of making toothbrushes locally when they're already made so efficiently in existing supply chains?  It’s not just a question of labour being cheaper elsewhere; you need an affordable energy source, the right infrastructure and efficient shipping. Is it really better to have robots building products here as opposed to somewhere else? 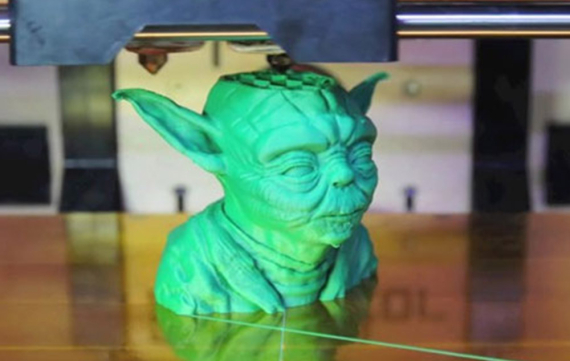 4. What are some of the caveats of digital fabrication and how do we address strong moral reactions to 3D printing? One instance of strong moral resistance occured when law student Cody Wilson created and published the blue prints for a gun named The Liberator. According to ginger this moral fear isn’t realistic right now as it’s more expensive and time consuming to digitally fabricate a gun than to acquire one through other means. That’s not to say it won’t be more possible in future, but again ginger believes this to be an overblown worry.

5. How is digital fabrication currently being used? NASA has recently 3D printed a wrench on the ISS; the first object to have been 3D printed in space. It’s exciting as you can make things you didn’t foresee needing (providing you bring enough raw materials that is). Digital fabrication also has the potential to aid under-served communities with innovative advancements in affordable prosthetic limbs from companies like Open Bionics and the ability to create affordable 3D printed stethoscopes such as Glia by Tarek Loubani and other medical equipment in hard to reach areas.

During her time here at the studio, ginger will be developing Making it Here, a project which questions what the return of manufacturing might look like in Bristol and who its really for. How will is differentiate from mass production models? Over to you: ginger wants to know what you want from the future of digital fabrications. Have your say by tweeting your thoughts, ideas and trepidations to @ossington

*Busts of Yoda are a rite of passage for hobbyist 3D printer operators.

In June 2017, Watershed presented four VR experiences in a season called Virtual Reality Sessions. This case study, by season curator Catherine Allen, sets out our approach, what we showed, and what we learnt.