A community of creative voices explores what makes Bristol age friendly. From this emerges a hybrid experience of creative writing, visual art and personal story held in both print and sound.

Bristol Ageing Better (BAB) is a partnership of individuals and organisations working together to reduce isolation and loneliness among older people in Bristol. The BAB Age Friendly City Project is about changing and improving aspects of the city to make Bristol more Age-Friendly. As part of our ‘Creating the Conditions’ theme, we will apply to be recognised as an Age Friendly City by the World Health Organisation and through this process, we will seek to encourage change and adaptation across the City. We will work with older people and partners from across Public, Private and Voluntary and Community sectors to make Bristol more age-friendly, supporting local examples of change as well as looking at how we can influence decisions and practices that will embed age-friendly attitudes into all aspects of the City.

Bristol Ageing Better (BAB) wanted a way to creatively communicate the human story behind their charter for an Age Friendly Bristol. That's where No Bindings came in! 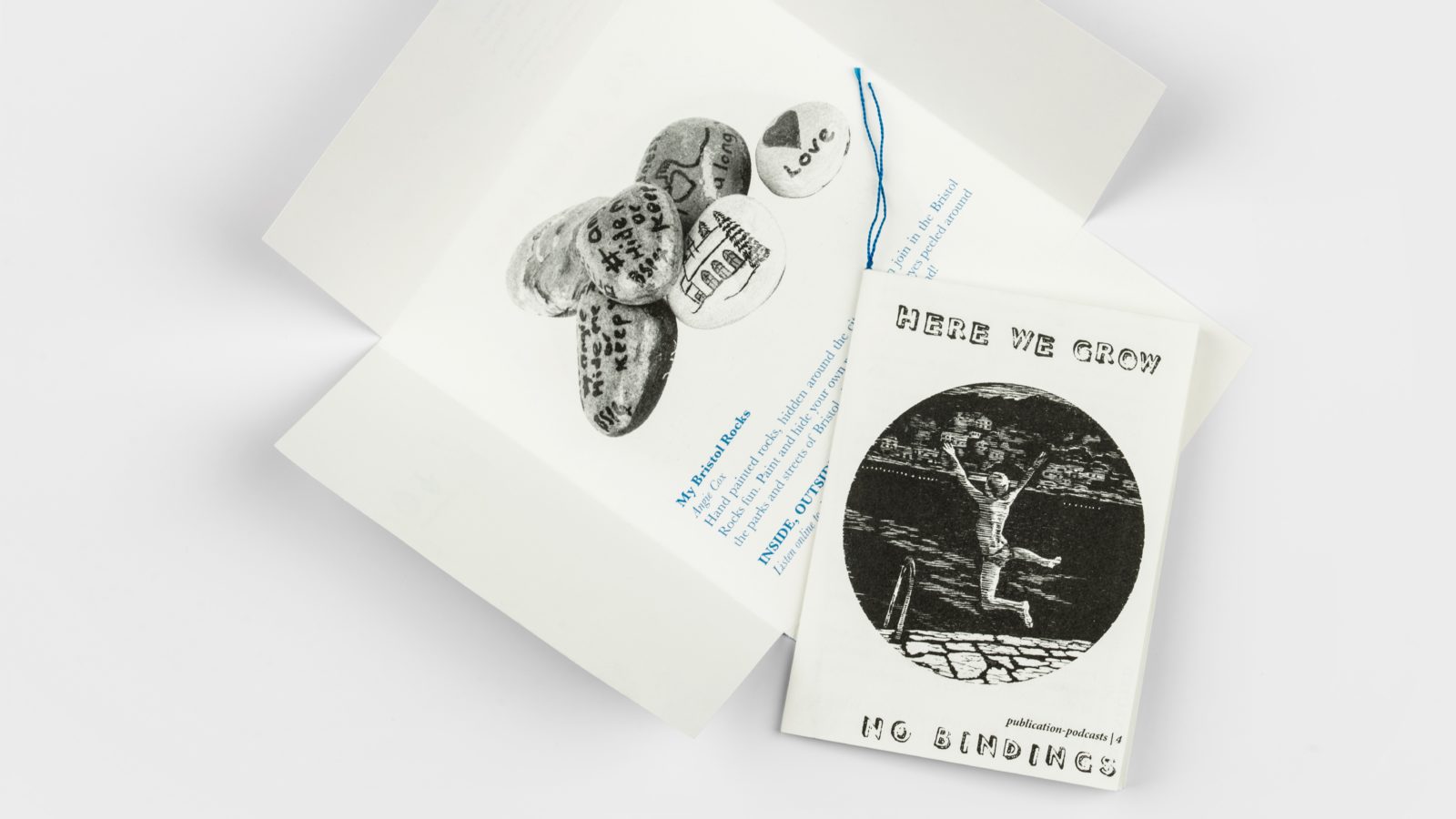 With help from BAB and a call out for submissions, artists, writers, individuals and community groups from Stockwood to Henbury, St Paul’s to Fishponds, expressed how they felt about the 'themes' of the charter through recorded interviews, creative writing and visual artwork.

The incredible artists, writers and organisations involved, by theme, were:

My Voice | Tim Kindberg 'The Leaving' | The Babber's Show 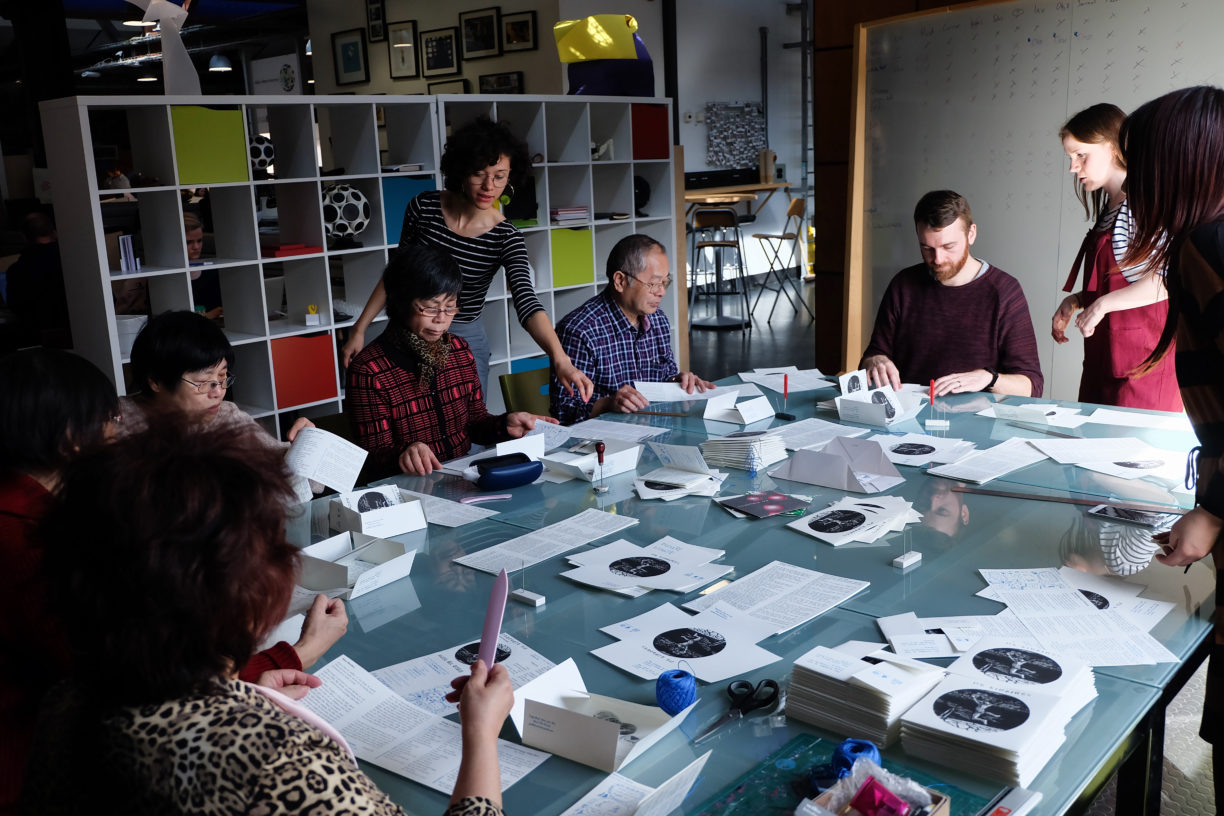 The 500 books were made by hand. An open making day was organised for all involved in 'Here We Grow' to have a go at binding the books. In production of the podcasts, a system of a approval was used whereby the podcasts were played to all the principle voices featured. This way, they could tell us what they wanted to change about how they had been portrayed.

Together with BAB and in consultation with Bristol Libraries, we celebrated ‘Here We Grow’ at four public libraries: Central, Stockwood, Henbury and Junction 3. Contributors, friends and family had a chance to meet and have a real and intimate platform to discuss their creative work and thoughts on tackling loneliness.

But it didn't end there. The Babber's Show, on Ujima 98FM, broadcast one podcast each week over the summer. And although 'Here We Grow' is officially “over”, many of the contributors have become good friends and some have been introduced to Bristol’s new city poet, Vanessa Kisuule, whose mission is to "spend as much time listening and engaging with the community as I do writing and performing"

It has made me aware of different areas and communities in Bristol and shaken me out of my smug educated middle-class bubble - Pat Gregory, 71, member of BAB Steering Group

It gave me [...] hope for the future - Geri turbitt, 65, member of Begbrook Retirement Club

If you'd like to read and listen to 'Here We Grow',

A Crash Course in Cloudspotting

We love to work with creative people, companies and institutions from different industries around the world. Find out more about partnering with us to develop your big ideas.