The recent drone disruptions at Heathrow and Gatwick airports highlighisted the airports were not prepared and lacked high-powered radio devices to disable unwanted drones. I am looking into wireless technology used in Heathrow airspace and this is certainly a topical area to explore.

The Civil Aviation Authority (CAA) have documented numerous cases of drones flying dangerously close to airports and aircraft, resulting in several near-collisions. The UK Airprox Board list 120 near misses at airports between drones and aircraft in the last year, which is up 29 per cent on 93 in the whole of 2017, and just six recorded incidents in 2014.Clearly, the use of domestic drones is becoming a growing problem in the aviation world. 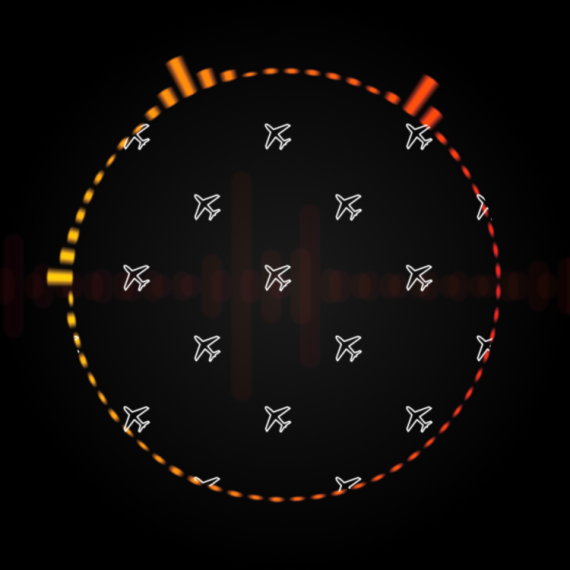 Ministers have decided to widen existing no-fly zones to try to prevent more drone chaos and flying drones within 5km (3.1 miles) of an airport is to be outlawed. Heathrow Airport's local council has already effectively prohibited the flying of drones anywhere within the borough's public spaces.

The Airport Operators Association have stated that it is currently testing and experimenting with different drone defence systems but has not said which ones. So I have been looking at the some of the devices that are being used to disable drones.

Drone jammers disrupt the most popular GPS and ISM radio frequencies, which guide drones in the air, then take control and guide the drone safely down. Drone Defender is one such device, produced by Battelles in the USA, which emits an electromagnetic field. It’s not currently available for consumer use and is awaiting authorization from the Federal Communications Commission.

SKYPERION is a UK company who provide drones detection to help protect airports against potential collisions. This system uses radio frequency and electro optic sensors around Airport perimeters, to detect drones. They can distinguish drones from other sources and send alerts when one is detected. Their website states they identify drone activity by:

o    Notifying security staff of location and direction of the drone, preserving data from the alert

Jane’s reported that the MOD had purchased what they called the “Drone Dome”, a counter-unmanned aircraft system (C-UAS) made by Rafael, which has radar detection, electro-optical (EO) identification and communication jamming, but the laser weapon option would not be included. Its RF jamming capability provides a “soft-kill” functionality, which causes the drone to fly out of control, however Warfare Today reported that it did not arrive in time for the recent UK airport issues.

AUDS remotely detects and disables intruder drones and tracks their operators byscanning the skies for drones and jams their control signals, using high-powered radio signals. The jammer range is around 500 to 1500 meters which is the height flying limit for drones. Once the jamming device is on, drones flying around in the area are forced to drop.

Clearly there are current legal issues with using such technology in public spaces and legislation to use them is not yet in place.

It’s not clear which system Heathrow have gone for and how they will disable the drones to the ground. Unsurpsingly, suppliers were very tight lipped about it when I contacted them. Drone defence is clearly expensive and highly regulated for military use, but this hasn’t stopped US hackers working out how to disable and take over drones by hacking into computer systems and then sharing videos on the net.

At the DEFCON hacker conference in Las Vegas, David Jordan of Aerial Assault demonstrated hacking tech that can break into computer networks by scanning for unsecured networks, recording their locations using GPS and relaying the information to the pilot taking away control.

It’s fascinating, making me keen to put my new understanding of drone defence into my this project and explore these insights further.

My winter residency has allowed me to reflect on my practice and my radio airspace project. The Studio has allowed me to fully explore the radio themes I was interested in those being scanners, pirate radio and drones.