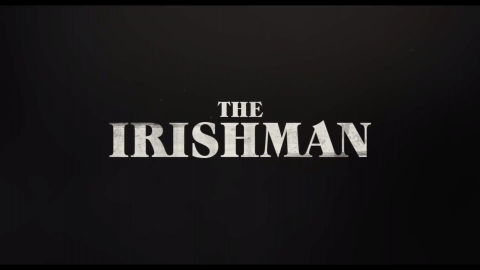 A total showstopper which is Scorsese's ninth collaboration with Robert De Niro, The Irishman finds the master filmmaker returning to the gangster genre he helped define, with a mystery that has never been solved - who killed Jimmy Hoffa?

A labour leader and the infamous head of the Teamsters Union, whose connections with organised crime were wide ranging, Jimmy Hoffa‘s career ended with a conviction for jury tampering, attempted bribery and fraud. Pardoned by President Nixon in 1971, not long after this, he disappeared. Hoffa was declared legally dead in 1982, and various theories circulated as to what happened to him. Few are as convincing as that told by Frank ‘The Irishman’ Sheeran in an account he revealed to journalist Charles Brandt which was published in the 2004 book I Heard You Paint Houses. This book forms the basis of this riveting, epic crime drama which weaves an engrossing and intricate web of connected events, audaciously cutting back and forth across decades.

Presented through Sheeran’s (De Niro) memories of his criminal past, the film uses state-of-the-art visual effects to ‘de-age’ the cast from their 70s through to their 30s. The astonishing post-production allows Scorsese to bring together an exceptional all star cast: including the former Goodfellas pairing of De Niro and Joe Pesci, alongside Harvey Keitel, Stephen Graham, Anna Paquin, Jesse Plemons, Bobby Cannavale and Ray Romano. Plus Al Pacino gives a performance as Jimmy Hoffa so good you’ll want to watch scenes again straight away, not least the many two-handers he has with De Niro’s Irishman Sheeran, whose friendship forms the heart of this extraordinary film.