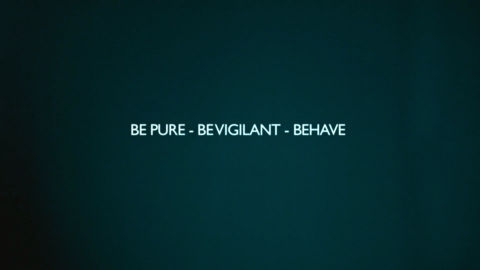 To mark 20 years since the release of The Holy Bible, the Manic Street Preachers hit the road in 2014 & 2015 to perform their seminal album in full for the first time. Over the course of 10 dates across the UK, the band dragged every inch of emotion and anger possible from their most painful, open and blistered record to enthrall their fans - for whom the album is everything. Armed with his camera, film-maker and band collaborator Kieran Evans joined them on the road.

Propelled along by an astonishing live mix by longtime Manics collaborator Dave Eringa, Be Pure-Be Vigilant-Behave is a brutal, exhausting and transcendent testament to, and of, the band, their history, the bond they share with their fan-base, and where they are now. From intense reactions to explosive close ups, immersive lighting effects and achingly fragile moments, it’s unlike any concert film you’ll have seen or experienced before and probably ever see again.