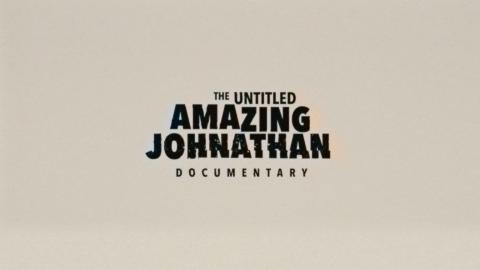 Magic, meth and mayhem. What begins as a documentary following the final tour of a dying magician becomes a bizarre, hilarious and totally twisted tale of the attempts by one increasingly puzzled filmmaker to document his end-of-life story.

After American illusionist The Amazing Johnathan (known as ‘the Freddie Kreuger of magicians- who built a career out of shock and deception in the 1980s’’) is diagnosed with a terminal heart condition and given one year to live, he’s forced to retire his act. Cut to three years later: Johnathan is still very much alive, much to everyone’s amazement, and documentarian Ben Berman begins to film the illusionist as he embarks on an epic comeback tour. But as their mutual journey kicks off, Johnathan drops a bombshell that sends the film spiralling into uncertainty. Embracing this unforeseen obstacle, Ben delves deeper to determine what is truth and what is illusion.

Built into the heart of this quick-witted and highly Meta story is an indelible commentary on the process and ethics of making a documentary today. Issues of negotiation and access become the central threads that reveal, and further cloud, our understanding of this elusive protagonist. The result is a strange and wild debut feature that careens off the rails in highly entertaining and unexpected ways.