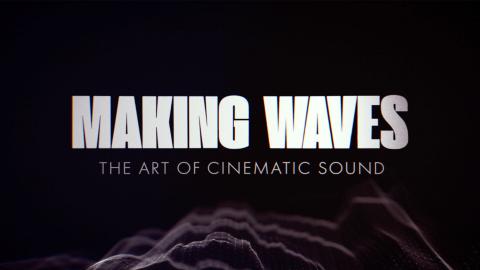 Sound designers, sound editors and Foley artists… These are the people who create that world of sound, that palette of exquisitely blended noise layers, which is perhaps the thing least consciously comprehended by movie audiences but which is indispensable for fabricating the world in which a film can live and breathe. From the silent era through to the present this fascinating documentary reveals the hidden power of sound in cinema by spotlighting the innovations of the unsung heroes who create it, as well as offering insights from legendary directors with whom they collaborate.

Download Programme Notes (PDF)
A Dog Called Money Film
Please note: This was screened in Nov 2019 An intimate journey through the inspiration, writing and recording of PJ Harvey’s new record which was influenced by her travels with award-winning photographer Seamus Murphy on his reporting trips around the world.  Find out more