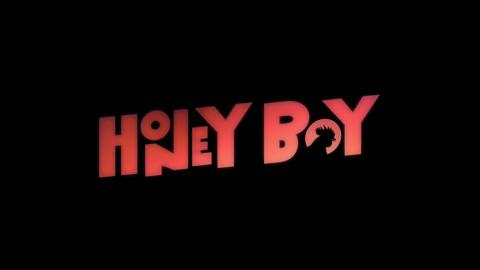 Shia LaBeouf gives an astonishing performance as a version of his own father in his original autobiographical screenplay, directed by award-winning filmmaker Alma Har’el. Written in part as a therapeutic exercise during a stint in rehab, Honey Boy depicts LaBeouf’s intense, chaotic relationship with his dad from childhood to young adulthood.

Otis Lori (Lucas Hedges), a young actor making a living in action films, is struggling with alcoholism and a habit for self-destructive behaviour. When an accident lands him in rehab and diagnosed with PTSD, he begins to examine the psychology that led him there, arising from the difficulties of his childhood: in particular his younger self (Noah Jupe), a budding child actor living out of motels and trying desperately to please his emotionally unstable, by turns abusive and loving father (LaBeouf), an ex-rodeo clown and Vietnam War veteran.

Potent and darkly beautiful, it is bolstered by searchingly honest and non-judgemental writing from LaBeouf. The film itself is a healing process without being self pitying and he daringly portrays their relationship in all its tense and envious complexity. This is truly a one of a kind collaboration between filmmaker and subject, exploring art as medicine and imagination as hope.