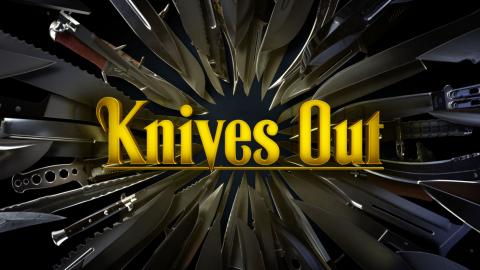 Writer/director Rian Johnson (Looper, The Last Jedi) pays tribute to mystery mastermind Agatha Christie in this murderously fun modern-day whodunit where everyone is a suspect.

Trust us when we say that it's best to go into Knives Out knowing as little as possible. All you need to know are the basics: an eccentric detective (Daniel Craig and a brilliant Southern accent) is called to the grand house of a recently deceased murder mystery novelist (Christopher Plummer) when someone suspects a member of his family has killed him. With an all-star cast at their best (including Jamie Lee Curtis, Toni Collette, Chris Evans, Michael Shannon, Lakeith Stanfield and Don Johnson to name a few), this is impeccably written and designed, and full of unexpected twists and turns.

Hugely entertaining from beginning to end, you'll want to take a stab in the dark with this film - which manages to pay homage to classic whodunits whilst giving the beloved genre a fresh, timely update. Just try to keep its secrets - and its final reveal - under lock and key.