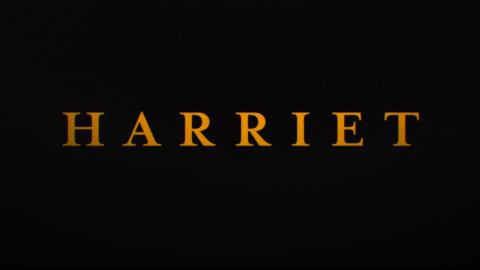 Cynthia Erivo stars in this extraordinary biopic of Harriet Tubman, charting her escape from slavery and transformation into one of America’s greatest heroes, whose courage, ingenuity and tenacity freed hundred of slaves and changed the course of history.

In 1849, Araminta ‘Minty’ Ross flees the Maryland farm where she and her family have spent their lives enslaved. Journeying 100 miles on foot to evade her pursuers, she arrives at the free state of Philadelphia and the Anti Slavery Society, where she befriends Black activists William Still (Lesie Odom Jr) and Marie Buchanon (Janelle Monae) and takes the name Harriet Tubman. But despite the prospect of a new life and fresh start, Harriet can’t rest easy knowing that her people continue to endure doomed lives as slaves. Ignoring the protests of William and Marie, Harriet embarks on a string of perilous journeys back to the South, assuming a disguise and the nickname 'Moses', rescuing more and more people with each miraculous expedition.

Erivo’s tough-as-nails performance lies at the heart of this remarkable film – she captures Tubman’s shining spirit and courage with compassion, beautifully portraying an incredible life story that has waited long enough to be told.