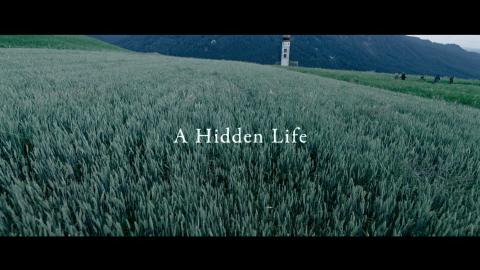 Based on the true story of Franz Jägerstätter, an Austrian farmer who refused to join the army during World War II, Terrence Malick's latest is a spiritual epic on convictions in times of crisis.

When devout farmer Franz Jägerstätter (August Diehl) refuses to fight the Third Reich, his tight-knit community turns against him and his family. But he remains resolute in his convictions: he will not fight, and will certainly not pledge allegiance to Hitler.

Ambitious and visually absorbing, A Hidden Life debuted at Cannes to rave reviews with many hailing the film as Malick's greatest achievement since his award-winning The Tree of Life - deconstructing religion and nationalism to present a defiant portrait of faith in crisis.