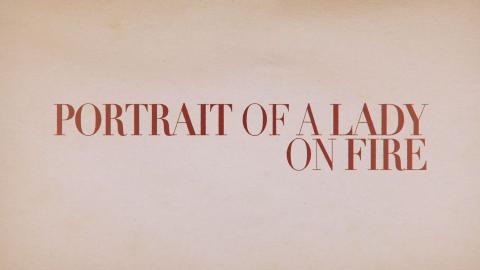 "It's so good you'll want to watch again in slow-motion immediately afterwards just to see how she does it"
- The Hollywood Reporter.

Join us for a special Valentine's Day preview of one of the best films to come out of Cannes last year (where it won Best Screenplay and the Queer Palm, as well as countless rave reviews); Céline Sciamma’s striking fourth feature is an exquisite tale of female desire, hidden love, art, and the gaze.

Set in 18th century Brittany, it follows Marianne (Noémie Merlant), an artist commissioned byHéloïse’s (Adèle Haenel) mother, a countess, to paint her daughter's portrait - a piece of art destined for her future husband (who she has never met) as testament to her charms. None too pleased with this custom or her situation, Héloïse has already refused to sit for another artist. The Countess therefore demands subterfuge: Marianne must pose as a walking companion to Héloïse by day, and capture her likeness on canvas from memory at night. Intimacy and attraction swiftly develop between the two women, even as circumstance conspires to drive them apart...

A heartbreaking period piece told with a distinctly modern feminist energy, Sciamma’s sumptuous masterpiece is one of the most emotional films of this or any other year. Beautifully crafted, it’s a stunning look at what we can create, how we can live, and who we can love.

Portrait of a Lady on Fire Film
Please note: This was screened in Feb 2020 Winner of Best Screenplay and the Queer Palm at Cannes (where it received rave reviews and was widely considered the best film of the festival), Céline Sciamma’s striking fourth feature is an exquisite tale of female desire, hidden love, art, and the gaze.  Find out more