Found in: Beyond Boundaries presents: Films in Your Front Room 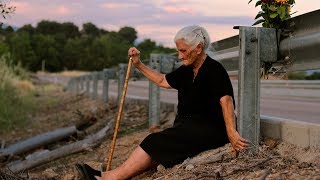 A documentary that reveals the epic struggle of victims of General Franco's 40 year dictatorship in Spain, as they fight a government-sanctioned ‘pact of forgetting’ around the crimes that they suffered.

Unbeknownst to much of the world, in Spain today, torture victims live just blocks from their notorious police torturers, who walk free every day. Tens of thousands of parents continue to search for their children who were likely stolen at birth. And families desperate to recover their loved ones’ bodies from thousands of mass graves across Spain are blocked by their own government from doing so due to a 1977 amnesty law.

Filmed over six years, Emmy-winning filmmakers Almudena Carracedo and Robert Bahar follow a movement that begins in someone’s kitchen and evolves to bring together hundreds of victims and their descendants, who break Spain’s “pact of silence” to join an international lawsuit to prosecute these crimes.

The Silence of Others is a documentary that connects memories and human rights. It offers a cautionary tale about fascism’s long shadows, and the dangers of forgetting the past - raising profound questions about how societies grapple with legacies of state violence and what to do with perpetrators of crimes against humanity in their midst.

The screening will be followed by a Q&A with the film's co-director and Emmy award-winning filmmaker and activist, Almudena Carracedo, hosted by Lorena Pino Montilla.

Beyond Boundaries presents: Films in Your Front Room Season
Please note: this season finished in Aug 2020 Settle down on your sofa, get your microwave popcorn at the ready and join us for a wide ranging season of free online film events running throughout August.  Find out more