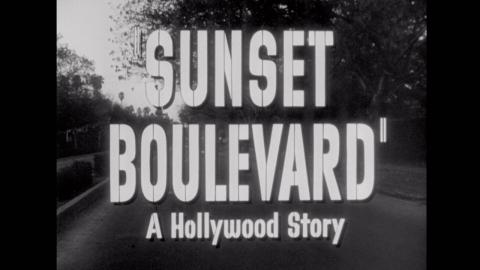 Austrian emigre filmmaker Billy Wilder’s takedown of Hollywood and celebrity culture features one of the greatest opening sequences in cinema - Joe Gillis (a wisecracking William Holden) is a cynical down on his luck scriptwriter relating the circumstances of his death whilst floating upside down in one of those luxury Bel Air swimming pools - sets the darkly satirical tone for all that is to follow.

He narrates his encounter with faded silent movie star Norman Desmond (played with knowing perfection by Gloria Swanson) who has lost none of her ruthless glamour. Joe gets drawn into her orbit with promises of studio contacts and connections - but becomes more a self hating gigolo than a successful scriptwriter in the process. The things people do to get a break in the movies! He quickly realises how delusional the one-time star is as Desmond delivers some of the films most memorable lines (“We didn’t need dialogue. We had faces." and "I am big! It’s the pictures that got small.”)

Peppered with real Hollywood figures - director Cecil B DeMille, actor Buster Keaton, columnist Hedda Hopper - Wilder and co-scriptwriter Leigh Brackett’s insider's take on Hollywood culture was famously lambasted at the time by studio mogul Louis B Mayer (much to Wilder’s amusement) but like Norma Desmond the film’s allure continues - and its insights into the unforgiving world of Hollywood remain topical and savagely entertaining.