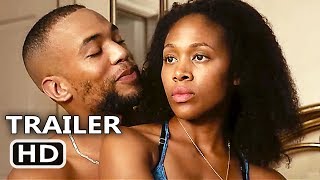 Turquoise was once crowned Miss Juneteenth - a title commemorating the day slaves in Texas were freed two years after the Emancipation Proclamation. She is determined that Kai should make more of the subsequent opportunities than she was able to, but rebellious Kai is more concerned with her high-school dance team and her crush on a classmate.

This feature debut of writer-director Channing Godfrey Peoples, inspired by her own upbringing in Texas where the annual Miss Juneteenth pageant takes place, is a soulful but uplifting drama of mother-daughter bonds and deferred dreams.