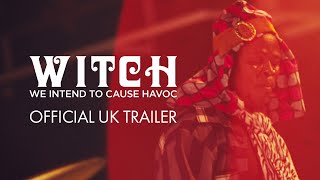 Discover the psychedelic sounds of Zambia’s rock superstars WITCH (We Intend to Cause Havoc) in a guided tour through their formation to superstardom in the politically turbulent Zambia of the 70s, and their eventual re-discovery by contemporary music fans. WITCH were Zambia's most popular rock band of the 1970s, the leaders of the ground-breaking 'Zamrock' movement. Their lead singer, Jagari, (the only surviving member of the original band) whose name is an Africanisation of Mick Jagger's, guides us through the band's awakening to the sounds of the The Rolling Stones and the British Invasion bands of the 60s. Witness Jagari and the band develop their own unique blend of heavy psychedelic rock and African rhythms which took them to the pinnacle of Zambia's 1970s music scene.

After an arrest, prison sentence and religious conversion Jagari ended up leading the quiet life of a countryside quartz miner until director Gio Arlotta and musician Jacco Gardner travelled through Zambia with Jagari. On this journey they dig up Jagari's past as a rock icon which results in a reunion and performances in front of adoring crowds on his first ever European tour, 40 years after their last album was released.

In addition to a portrait of an icon of Zambian music, this documentary also acts as an example of the rich musical cross-pollination between Europe and Africa. Bands such as The Rolling Stones were inspired by the rhythms and grooves of African artists. They in turn inspired countless African musicians to get up on stage and combine psychedelic rock with more traditional influences. WITCH: We Intend to Cause Havoc is a vibrant, joyous celebration of life and music.