"This is a detective story and you are the detectives, but the question is not who is the murderer but who is the werewolf… Watch for the werewolf break… A chance for you to make up your minds" - Valantine Dyall as Narrator (The Beast Must Die)

Calvin Lockhart (Cotton Comes To Harlem/Predator 2) and Marlene Clark (Ganja & Hess) star alongside Michael Gambon (The Cook, the Thief, His Wife & Her Lover), Charles Gray (Diamonds Are Forever) and the legendary Peter Cushing (Tales From The Crypt, Dr. Terror’s House of Horrors), in a camp action-horror-hybrid with a twist of country-house-whodunit and Blaxploitation cool. Throw in a funky soundtrack courtesy of Douglas Gamley, flamboyant costumes and lavish set design, helicopter and car chase set pieces and you have the ingredients for a time capsule of 70s British cult-classic panache.

The Beast Must Die would become the only British-directed werewolf film set in a ‘contemporary United Kingdom’ until Neil Marshall’s Dog Soldiers (2002) and a precursor to John Landis’s An American Werewolf In London (1981).

Bristol Black Horror Club is an online platform exploring all things Horror through a Black Diasporic lens; informative and fun, BBHC sets out to celebrate Black Horror with a regular blog and podcast, as well as bespoke film screening events at various venues in and around Bristol and the South West. 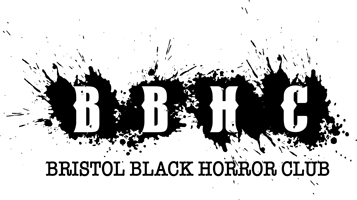 Restored & Rediscovered Season Experience some of the latest new restorations and rediscoveries on the big screen.  Find out more
Cinema Rediscovered 2021 Cinema Rediscovered returns for its fifth edition this year from Wed 28 July – Sun 1 Aug, celebrating the return of the big screen experience with a line-up of brand new restorations and rediscoveries before going on a UK wide tour from Aug – Oct 2021.  Find out more