The Maltese Falcon, John Huston’s debut feature, wasn't the first movie about a tough, cynical private investigator getting involved in a murky case. In fact, it wasn't even the first film based on the novel of the same name by writer Dashiel Hammett. But it was the first film that got all the elements exactly right - from the performance of Humphrey Bogart as the world-weary detective Sam Spade (which defined Bogart's performances for the rest of his life), to a memorable collection of villains whose actual pursuit of the elusive bird statue turns out to be something of a side issue.

The result provided the blueprint for hundreds of crime movies to come. Considered by many to be the first film noir, certainly a key title in laying the foundations for that all American genre of mean streets, knife-edged heroes, dark shadows and tough dames. See it on the big screen on its 80th anniversary, for this launch event of Film Noir UK. 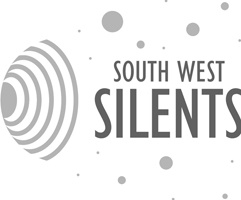 Restored & Rediscovered Season Experience some of the latest new restorations and rediscoveries on the big screen.  Find out more
Cinema Rediscovered 2021 Cinema Rediscovered returns for its fifth edition this year from Wed 28 July – Sun 1 Aug, celebrating the return of the big screen experience with a line-up of brand new restorations and rediscoveries before going on a UK wide tour from Aug – Oct 2021.  Find out more
Invisible Women of 1970s Hollywood Article Exploring the often forgotten creative role women played in the New Hollywood era of the 70s.  Find out more