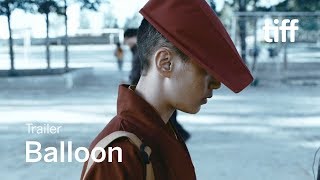 In the vast hillocks of rural Tibet, shepherd couple Darye (Jinpa) and his wife Drolker (Sonam Wangmo) live with their two boisterous boys. It's the early 1980s, China just imposed its one-child policy and the lusty Darye has to make sure he doesn’t get his wife pregnant again, else the fine would cripple their farm. Naïve of the situation, the boys discover condoms nestled under their parents’ pillows, which they mistakenly believe as balloons. A sudden death and an unwanted pregnancy force Drolker to choose between the law or Buddhist tradition..

With its cool colour palette, attentive handheld camerawork, and painterly passages that seem to transpire somewhere between this world and the next, Balloon approaches weighty themes with beguiling brio and a sense of wonder.