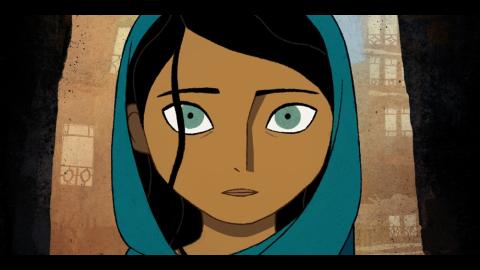 We have joined a large number of UK cinemas, motivated by Birds’ Eye View (the pathfinder for films by women) to mark 21 September, the International Day of Peace, with a special presentation of the Oscar®-nominated The Breadwinner with a portion of the proceeds going to Afghanistan & Central Asian Association based here in the UK.

The Breadwinner tells the story of Parvana, an 11-year-old girl growing up under the Taliban in Afghanistan in 2001. When her father is wrongfully arrested, Parvana disguises herself as a boy in order to support her family. With dauntless perseverance, Parvana draws strength from the stories her father told her, and ultimately risks her life to discover if he is still alive. Equal parts thrilling and enchanting, The Breadwinner directed by Nora Twomy is a timely and inspiring tale about the transcendent power of stories, and their potential to unite and heal us all. From executive producer Angelina Jolie and the creators of the Academy Award-nominated The Secret of Kells and Song of the Sea and based on Deborah Ellis’ bestselling novel.

A portion of the proceeds from the screenings will be donated to the Afghanistan & Central Asian Association who provide support, skills and knowledge to help their communities live and prosper in the UK. They also provide support, where possible, to those on the ground in Afghanistan who have UK connections and is a charity run by Afghans here and there. You can find out more about their current appeal here.

Watershed is donating a portion of the ticket sales of The Breadwinner to Bird's Eye Views Reclaim the Frame fundraiser in aid of ACAA. ACAA delivers projects that support women and girls in Afghanistan and those newly arrived in the UK.