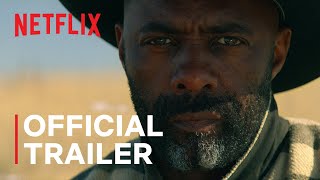 Nat Love (Jonathan Majors) has dedicated his life to hunting down members of the gang led by the vicious Rufus Buck (Idris Elba), who murdered his parents in front of him. When Buck is released from jail by his associates Cherokee Bill (LaKeith Stanfield) and ‘Treacherous’ Trudy Smith (Regina King), Nat reunites his old posse, including ex-flame Stagecoach Mary (Zazie Beetz) and unlikely ally Sheriff Bass Reeves (Delroy Lindo). As Nat closes in on his enemy, it looks like his day for revenge may finally be dawning.

Directed by London-born musician and filmmaker Jeymes Samuel (also known as The Bullitts) with an impeccable genre-fusing original soundtrack executive produced by Shawn Carter. Paying attention to every little detail, Samuel has crafted a Western that will appeal to die-hard fans of the genre as well as newcomers. The Harder They Fall is a bold vision of the Wild West that gives space to the African-American cowboys whose stories are so often forgotten.