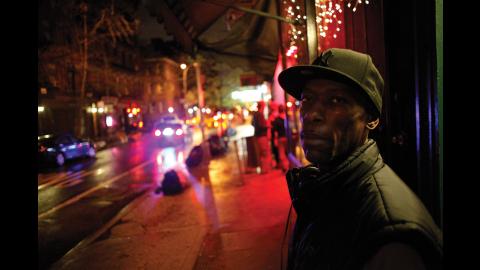 An extraordinary and immersive documentary that follows three homeless queer youth as they navigate prostitution, the welfare system, and their biological families in order to find stable housing.

Casper, Desean, and Krystal are queer and trans youth of colour who find themselves homeless after coming out to their families, and find community and a chosen family around New York City’s Christopher Street Pier. An intimate and moving portrait of the realities of these LGBTQ+ youth, the film sheds light on the harassment and police profiling they are confronted with on a daily basis.

Director Elegance Bratton, himself a former pier kid, spent five years filming this ‘world within a world’ on hand-held camera, and the result is a raw and searingly honest (and also, at times, hopeful) portrayal of what it means to be Black and queer 50 years after Stonewall.