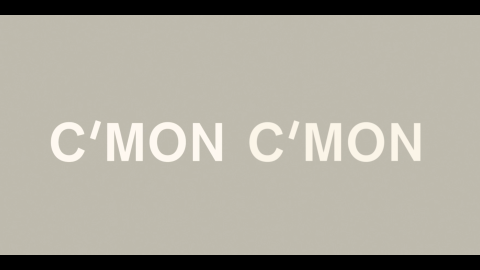 Johnny (Joaquin Phoenix) and his young nephew (Woody Norman) forge a tenuous but transformational relationship when they are unexpectedly thrown together in this delicate and deeply moving story about the connections between adults and children, the past and the future, from writer-director Mike Mills.

Johnny is a kind hearted radio journalist deep into a project in which he interviews children across the USA about the world’s uncertain future. His sister, Viv (Gaby Hoffmann), asks him to watch her 9-year-old son while she tends to the child’s father, who is suffering from mental health issues. After agreeing, Johnny finds himself connecting with his nephew in ways he hadn’t expected, ultimately taking Jesse with him on a journey from Los Angeles to New York to New Orleans.

A remarkably warm and sweet picture filmed in classy monochrome by the Oscar®-nominated cinematographer Robbie Ryan, C'mon C'mon shows that Mills is unafraid of exploring raw, honest emotions on screen.