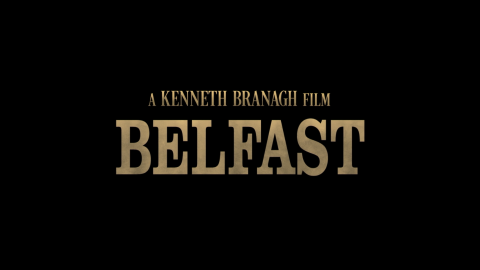 Kenneth Branagh writes and directs this personal and poignant coming-of-age tale set amidst the music and social tumult of late-1960s Belfast.

It is 1969 and the imaginative young Buddy (major discovery Jude Hill) has a life filled with family, childhood hijinks and a blossoming romance. He knows every person in his street of Protestant and Catholic families, who all look out for him while his parents (Jamie Dornan and Caitríona Balfe) hustle to make ends meet. But when sectarian violence and tanks sweep through the city, Buddy's perspective on the increasing social unrest begins to give way to imaginings inspired by his love of movies.

With an outstanding supporting cast that also includes Judi Dench and Ciarán Hinds as Buddy’s beloved grandparents, shot in lustrous black and white and accompanied by a rousing Van Morrison soundtrack, Belfast is a big-hearted ode to a city, its community, and to family. Described by the Guardian in its five-star review as a "seductive piece of myth-making" and a "euphoric eulogy to his home city", it's a must for the cinema screen.