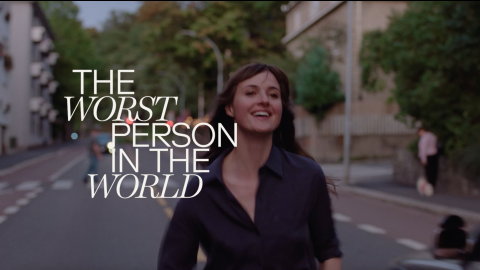 Join us for of one of the best films of the year - a wistful and subversive romantic drama about the quest for love and meaning that has been dubbed an “instant classic” by the Guardian.

Set in contemporary Oslo, it features a star-making, Cannes-winning lead performance from Renate Reinsve as Julie, a young woman on the verge of turning thirty who navigates multiple love affairs, existential uncertainty and career dissatisfaction as she slowly starts deciding what she wants to do, who she wants to be, and ultimately who she wants to become.

A poignant and perceptive observation of quarter-life angst, it’s a wry, life-affirming coming of age story told with director Joachim Trier’s characteristically exuberant flourishes. It’s the frontrunner to win Best International Feature Film at the Oscars® and we can see why - enjoy!