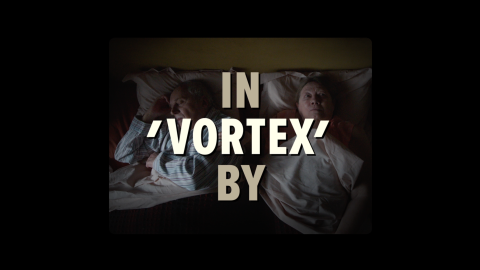 In a radical departure from his previous films, provocateur Gaspar Noé (Enter The Void, Climax) tenderly takes us into the everyday life of an ageing couple coming to terms with old age, dementia and death.

Legendary Italian horror director Dario Argento and French acting icon Françoise Lebrun star as an elderly married couple separated emotionally and visually (by split screen) as the wife’s dementia progresses, the husband’s health declines, and an entire life built together beings to slowly come undone and the pair start to lose their grip on reality…

Inspired by Noé’s near-fatal brain haemorrhage in 2020, the contemplative and fragile Vortex has been described as his take on Michael Haneke’s Amour, but in his own signature style.

As the film's tagline goes: life is a short party that will soon be forgotten.