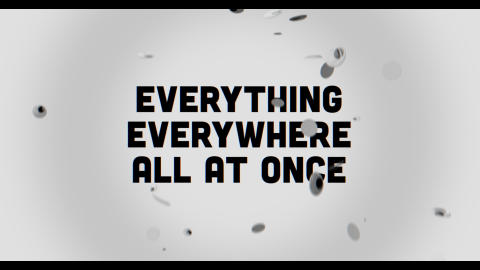 Directed by Daniel Kwan and Daniel Scheinert (collectively known as the Daniels), this emotional, mind-bending stunner is a hilarious and big-hearted sci-fi action adventure about an exhausted Chinese American woman (Michelle Yeoh) who can’t seem to finish her taxes.

Yeoh stars as Evelyn, who runs a laundromat with her sweet but bored husband Waymond (Ke Huy Quan, who came out of retirement for the role), has a fractured relationship with her gay daughter Joy (Stephanie Hsu) and is being called in for questioning by an unforgiving auditor (Jamie Lee Curtis). When an interdimensional rupture unravels reality, Evelyn is pulled into an adventure (involving kung fu, googly eyes, hot dog fingers and more) that puts the fate of every universe in her hands - and also forces her to confront who she is to herself and her family…

Fast-paced, fun and hilarious (it has been described as “life-giving chaos”), the Daniels have balanced action, comedy, fantasy and heart to create probably the film of the year. Now this is multiverse storytelling at its very best.