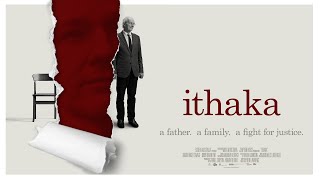 From writer-director Ben Lawrence (Hearts and Bones) comes a story that has never been told before - that of Julian Assange, beyond the media headlines, as told by his family.

At 76, John Shipton’s retirement is interrupted when his son Julian Assange is arrested. At the prison, John finds Julian in a bad way and the US government have begun proceedings to extradite him, threatening 175 years in prison. From that day, John is thrust into a tireless campaign across Europe to save his son.

Along the way, he teams up with Julian’s fiancé and legal advisor Stella Moris. With a human life at stake and dire ramifications for global freedoms in the balance, this intimate story follows their fight and illuminates the powerful forces they confront.