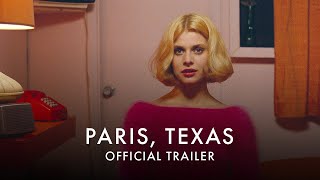 This unconventional road movie tells the story of Travis (Harry Dean Stanton), a man who wanders out of Mexico and into Texas one day in the blazing heat of the 'Big Bend'.

Travis does not speak a word. He also seems to have largely lost his memory. But he is driven by his wish to find his family again: his young wife Jane (Nastassja Kinski), whose life he seems to have placed in danger through his pathological jealousy, and his seven-year-old son Hunter (Hunter Carson).

Paris, Texas is considered Wim Wenders’ best-known and internationally most successful film and won a series of international accolades, including the Palme d’Or at Cannes.