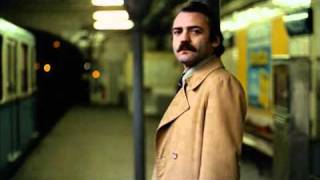 Jonathan Zimmermann (Bruno Ganz) believes that he will soon die of leukemia. An unscrupulous American Tom Ripley (Dennis Hopper), learns of this and exploits Zimmermann’s illness for his own purposes.

He introduces Jonathan to the underworld figure Minot (Gérard Blain), who offers to hire the terminally ill man as a professional hitman. He is to be paid appropriately for his work and thus enabled to leave something behind for his wife (Lisa Kreuzer) and their child. What has he got to lose?

Adapted from Patricia Highsmith's novel Ripley's Game, The American Friend went on to win the German Critics Prize in 1977, as well as achieving a cult status in the eyes of Wim Wenders fans.