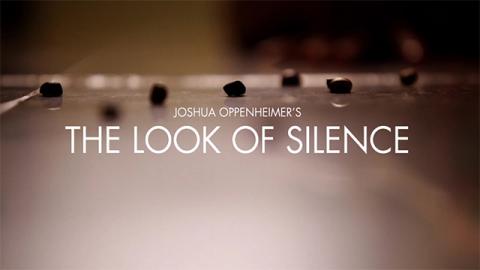 At the core of filmmaking is an observational eye, one that enquires and seeks to find out more about us. In its more formal incarnation it is the study of us and has produced a whole genre of anthropological filmmaking.

The most recent examples of this are being premiered at the Royal Anthropological Institute Film Festival here in Bristol from Tue 16 - Fri 19 June. In partnership with the Festival we are screening three films which demonstrate the diversity and impact of an anthropological approach to filmmaking: there's Salt of the Earth (Thu 18 June at 18:00), Wim Wenders' study of great Brazilian photographer Sebastião Salgado, whose images capture the epic struggle for humanity, Richard Linklater's Boyhood (Wed 17 June at 17:40), a 12 year-in-the-making chronicle of a young boy that blurs the boundary between fact and fiction and this, Joshua Oppenheimer's shocking study of participants in the brutal slaughter of a million Indonesians in the mid 60s.

Joshua Oppenheimer's follow up to his extraordinary Oscar®-nominated 2012 documentary The Act of Killing (about the brutal murder of some one million Indonesians in the mid 60s in the name of a 'communist' purge) switches the perspective from the perpetrators to the victims. It focuses on village optometrist Adi, whose oldest brother was brutally murdered during the violence and who is determined to break the suffocating spell of submission and terror by doing something unimaginable in a society where the murderers remain in power: he confronts the men who killed his brother and, while testing their eyesight, asks them to accept responsibility for their actions.

A work of shocking confrontational boldness, The Look of Silence is every bit as frank and essential as The Act of Killing - indeed, some might say this is the film for those who feel Oppenheimer didn't go far enough. Exquisitely crafted, morally complex and utterly gripping, it is essential cinema.

Part of Conversations About Cinema: Impact of Conflict.

Watch this short film to hear more about this seminal piece of cinema and the lessons it can teach us. We spoke to members of the audience at the UK premiere of the film at Sheffield Doc/Fest - and here's what they had to say...

Open to everyone, the RAI Film Festival showcases more than 70 award-winning films from around the world made by ethnographic filmmakers, including Kim Longinotto, David MacDougall, and Phil Agland. Ethnography, put simply, is the study of human cultures through a long-term immersion in the lives of others. The ethnographic filmmakers featured here have produced thought-provoking films on topics as diverse as life after genocide in Rwanda, the struggle of artists in Kashmir, the art of mud-building masons in Mali, to the experiences of a young dance troupe in a South African slum. Tickets can be reserved (Day pass or Festival Pass) through the festival’s website.