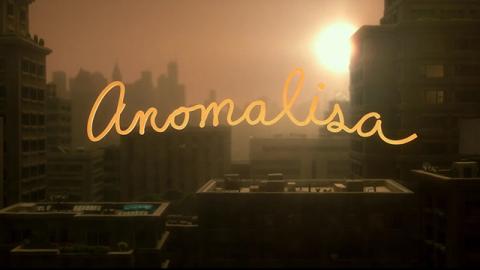 Michael (voiced by David Thewlis, who retains his Lancashire accent) is a lonely motivational speaker who has arrived in Ohio to speak at a conference. He checks into the hotel (the Hotel Fregoli, named for a delusional condition in which people believe everyone else in the world is the same person...), goes through the same tired routines - and it is clear this is a man who is being destroyed by the mundanity of his life. To make things worse, everyone he encounters, from the concierge to the taxi driver, has the same voice (all voiced by character actor Tom Noonan).

That is until he meets Lisa (Jennifer Jason Leigh), who offers a possible escape from his boring existence. He's enchanted by Lisa in a way he can't explain, and they spend the night together (which includes an astonishingly truthful sex scene): could this rare creature (in the shape of a very average woman) be the love of his life? Is this how it is meant to be?

In turns beautifully tender and achingly sad, this is a gorgeously odd film about love, pain, solitude, commitment and human connection that asks us to make the most of happiness in the most profound way. We'd even say it was a masterpiece. Find out why it's one in a million.