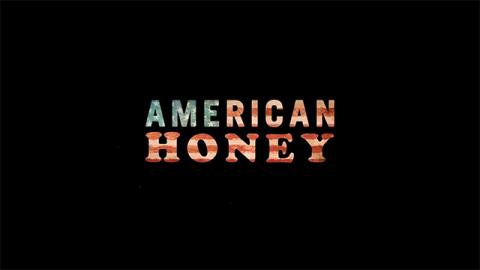 Andrea Arnold (Fish Tank, Wuthering Heights) dazzles with her first film set in America, a Cannes Jury Prize-winner about a crew of hard-partying teenagers criss-crossing the Midwest while working as travelling magazine sellers.

Star (newcomer Sasha Lane) lives on the fringes of society, resorting to dumpster diving to feed her half-siblings. When she meets Jake (Shia LaBeouf) their attraction is magnetic, so when he asks her to join his ragtag band of magazine sellers, she places the kids in care and joins the misfit gang on a cross-country drive. The couple begin dreaming of a life together, but their relationship offends the crew's queen bee (Riley Keough), and Star's precarious place - in the gang and in society - becomes clear.

Shot in a 4:3 aspect ratio and propelled by a seriously great soundtrack featuring everyone from E-40 to Rihanna to Bruce Springsteen, American Honey is an energetic, joyous road trip (told with an outsider's delight) across a rarely seen America.