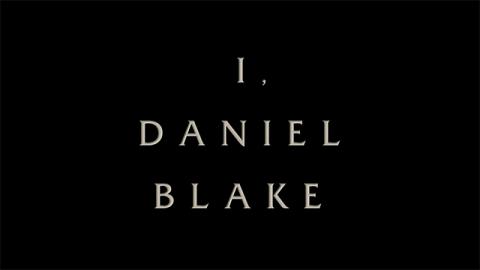 Ken Loach’s often funny yet intensely moving tale of the friendship between an out-of-work carpenter and a young single mother, forced to navigate the vagaries of the British welfare system, arrives on a wave of critical acclaim which saw its director win the Palme d’Or at this year’s Cannes.

The eponymous Daniel Blake (comedian, Dave Johns) is an affable, 59-year-old carpenter in Newcastle, fighting to collect his Employment and Support Allowance in the wake of recovering from a recent heart attack. But Government illogic stipulates that his benefits will be taken away unless he looks for work, despite doctor's orders preventing him from working a job should he actually manage to find one. It’s whilst waiting to sign on at the local Jobcentre that Daniel befriends Katie (Hayley Squires), a young single mother who herself is being shoved around by the system, having just been relocated with her two kids from a London homeless shelter to an affordable council flat up north. Where at first, Daniel is able to criticise and even laugh at the system that’s crushing him, soon his own and Katie’s struggles lead to a sense of humiliation, degradation and ultimately despair - despite their attempts to preserve a sense of dignity and make ends meet. So develops an unlikely but mutually beneficial alliance, and the formation of a makeshift extended family as between them they attempt to offer support in the vital areas in life that the welfare state seemingly cannot (or will not?) provide.

With this work of quiet outrage and beauty Loach and his regular screenwriter Paul Laverty deliver a tale of righteous anger that will leave everyone moved. It's a political drama that touches the soul.