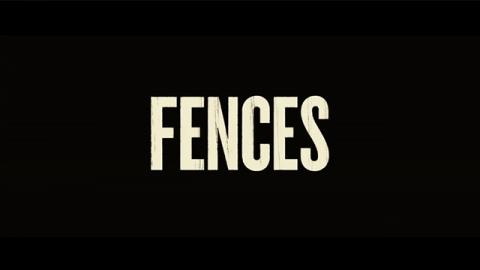 Based on his Broadway play and adapted for the screen by August Wilson, Denzel Washington directs and stars in this fierce and moving portrait of an inner-city patriarch and his family in 1950's Pittsburgh.

Middle-aged garbage collector Troy (Washington) supports his wife Rose (Viola Davis) and son Cory (Jovan Adepo) whilst clinging to a failed career in the black baseball minor leagues. Embittered by his lack of success and resentful of his son's opportunity to make it as a professional player, he takes out his frustrations on his loved ones, particularly Rose, who has stoically endured his erratic behaviour over the course of their 18 year marriage.

With stunning central performances from its two leads – especially Viola Davis who recently picked up a hugely deserved Golden Globe for her role here – and Washington’s increasing assurance behind the camera (it’s his third film as a director), we think this searing critique of black masculinity could well be in line for some golden statuettes come Oscar® time.

The Fits Please note: This was screened in March 2017 This gripping, hallucinatory tale of adolescent mass hysteria is a psychological portrait of 11-year-old Toni (Royalty Hightower), a tomboy assimilating into a tight-knit dance team in Cincinnati, whose members suffer from terrifying episodes known as 'the fits'.  Find out more